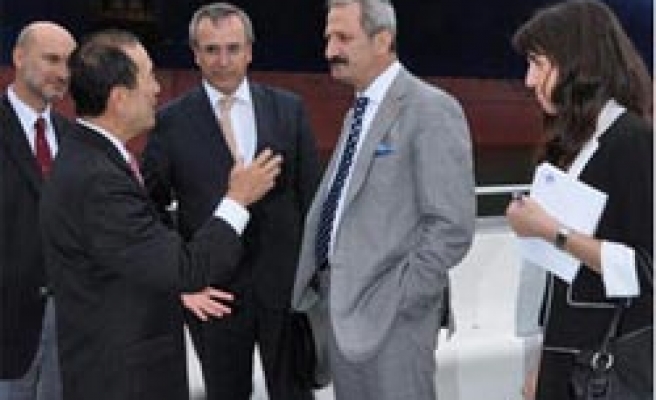 Speaking to reporters on the way to Houston, Texas from Los Angeles, Minister Caglayan said that he had held talks with officials at the Los Angeles seaport in order to increase Turkish exports to the State of California.

Our greatest difficulty in reaching far markets is duration. We need to establish storehouses at the L.A. seaport. A delegation comprised of officials from the Turkish Undersecretariat of Foreign Trade, Department of Exports and unions of exporters will arrive in L.A. in a month. We have determined five sectors to be present at the storehouses. These are clothing, ready-made garments, and textiles, electrical machines, leather goods and shoes, chemicals and plastics as well as furniture. I believe that we can increase our exports to the United States once we erect the storehouses at the L.A. seaport. This is how China and South Korea work, Caglayan said.

As part of his talks in the United States, Caglayan met with officials from the Indian Hopi tribe in the State of Arizona.

The Hopi tribe told Caglayan that they needed around 2,000 residences, roads, potable water, infrastructure works and a shopping mall.

Caglayan will continue his talks in Houston on Thursday.