Most of the unemployed people are in Greece and Spain across Europe. 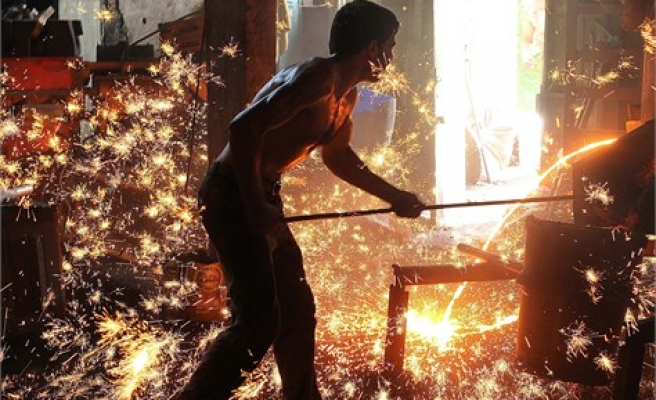 Turkey grew more than Europe as leading countries of the region presented a negative economic growth chart for the first half of the year.

Anadolu Agency correspondents assessed the Statistical Office of EU (Eurostat) data and found out that one of Europe's leading countries, Germany's public deficit noted about €4 billion in the first 5 months of the year. This number coincides with the 0.2 percent of the country's Gross Domestic Product (GDP). Moreover, other countries are not as positive as Germany. Britain is leading the public deficit with €120 billion followed by Spain and France respectively. Italy becomes next on the list, followed by Greece and Portugal.

When analysing the gross debt figures, Germany takes the top of the list with €2.1 billion and its proportion on GDP becomes 81.9 percent. Among countries, this debt-to-GDP ratio becomes highest in Greece. Greece's debt-to-GDP ratio noted as 156 percent, followed by Italy with 127 percent and Portugal with 123 percent.

According to the figures, Spain and Portugal have critical conditions when assessing their export and import balances.

The growth rate became 5 percent in Turkey back in 2007. Occurring at the end of 2008, the economic recession affected most of the countries across globe and it caused Turkey's growth rate to decrease 1 percent. In 2009, the shrinkage occurred in all world countries and in Turkey, it came out as 5 percent. Turkish economy kept growing in the past three years and left the Euro zone behind. Turkey showed a 9 percent of growth rate in 2010 and 2011. Last year, Turkey showed a 2 percent of growth rate.

Inflation rate increased 1.9 percent in Germany in January 2013 when compared to the same term of the previous year. In addition, this number also became 1.9 percent at the end of June.

Inflation rate in Greece did not change in January 2013 yet a 0.3 percent decline was recorded at the end of the first half. A decrease was also recorded in the Spanish inflation rate.

Struggling both politically and economically, the Spanish GDP decreased 0.2 percent in the first quarter of last year and a 2 percent of decline in the same term of this year was recorded.

Most of the unemployed is in Greece and Spain