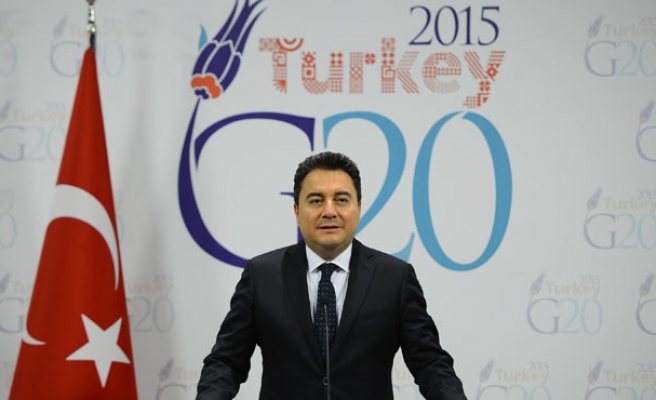 "Turkey is a net winner from the decline in oil prices," said Deputy Prime Minister Ali Babacan, speaking at the World Economic Forum in Davos, Switzerland.

"Our biggest gain from low oil prices is the improvement in our current account balance," he added. He said that the decline may have a slight negative effect on collection of tax revenues from petroleum products.

"We forecast 4 percent growth rate for 2015, but when we made this forecast, oil prices were expected to be higher," he said.

"We are prepared for all types of consequences from the lower oil price," he said. The government is ready for price volatility, he added.

"If oil prices remain low, the Turkish inflation rate could fall to around 5 percent -- that will not be a surprise," Babacan said.

"We have not yet revised this rate officially. Before making a final decision, we have to observe prices longer and talk to actors in the market," he added

Oil prices have fallen almost 60 percent in the last seven months, their sharpest drop since 2008, due to oversupply and low oil demand in world markets.

Turkey brought in $56 billion in energy imports in 2013, and $37 billion in the first eight months of 2014, according to the Turkish Statistical Institute.

Babacan said that the oil price slump hurts Russia's economy, and Russia is one of the biggest trade partners of Turkey.

"There could be some decrease in Turkish exports to Russia, or in the spending of Russian tourists in Turkey," he said.

"Export numbers may prove a little lower than our expectations, but since the prices of petroleum products also decrease, Turkey's current account balance will improve," said Babacan.

"2015 will be a better year for Turkey than 2014, not only because oil prices are falling, but also because our policies are working," he said.

Speaking in Davos, Babacan said Turkey is represented at the World Economic Forum also as the term president of the G20.

"We do not want to limit the G20 to its members, but we want to be inclusive about the issues of other countries outside the group, which total to one-third of world population," he said.

"We want to create a mechanism this year to monitor countries' reform commitments," said Babacan. We are working in close cooperation with the IMF, the OECD, and the World Bank, he said.