The total economic size of Turkey, Jordan, Lebanon and Syria, which are planning to establish a common trade and visa area, is expected to exceed $1 trillion. 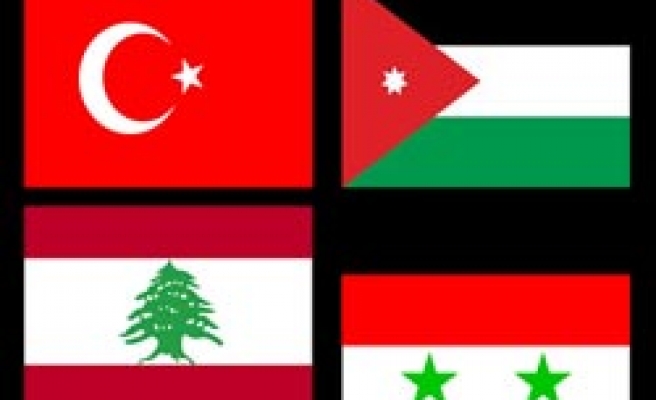 In the light of such information, the four countries' GDP according to PPP would reach 1.13 trillion USD, with Turkey's share amounting to 82 percent of the total figure.

Moreover, Turkey is expected to become the 16th biggest economy in the world this year, as Syria will be ranked the 66th, Lebanon the 84th and Jordan the 98th in the listing, IMF's report says.

The total population of Turkey, Jordan, Lebanon and Syria is also expected to increase to 102 million in 2010, officials say.

Furthermore, Turkey is expected to grow by 5.2 percent, while growth rate of Syria is expected to reach 5 percent, Lebanon's to 6 percent and Jordan's to 4.1 percent this year, IMF estimates.

Turkey, Jordan, Lebanon and Syria are currently carrying out studies to set up a common trade area.

Officials from the four countries are expected to gather in Istanbul on Saturday to discuss the process.