China, the world's second biggest economy, will be behind the wheel of G20 in less than four months, a senior Turkish official says 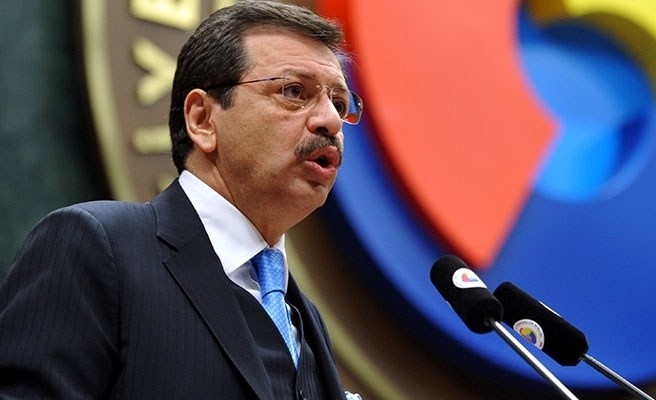 Turkey is looking forward to China’s New Silk Road project that will be discussed further when China takes over the G20 presidency in less than four months, a senior Turkish official said Saturday.

Rifat Hisarciklioglu, head of "B20 Turkey" and president of Turkey’s Union of Chambers and Commodity Exchanges (TOBB), made the remarks during a workshop on “B20 China Presidency in 2016” held during the sidelines of B20 Turkey in the capital Ankara.

Hisarciklioglu also said that Turkey had tried to offer innovative ideas and solutions to the world’s critical issues under its G20 presidency.

“Since the beginning, Turkey’s goal was to make real changes. So, we tried to offer innovative ideas and solutions, to the world’s critical issues. We developed recommendations, for both developed and emerging economies,” he said.

He noted that “B20 Turkey” also introduced bold recommendations suitable for Chinese G20 leadership in 2016. “We are very excited about projects like the ‘New Silk Road’. We believe that future innovations in trade will come from this road," he said.

“I’m sure China will host a very successful conference next year. We will be there to help you, at every stage," he added

Yu Ping, vice chairman of the China Council for Promotion of International Trade (CCPIT), said that the policy paper on “B20 Turkey” had been very diverse in content, which strongly expressed the voice of the G20 business communities.

According to Ping, China’s G20 presidency efforts next year would likely promote structural reform among a host of issues.

Recommendations from B20 Turkey will be reviewed by the G20 in the November 2015 meeting in the southern Turkish province of Antalya. If approved, they will be implemented across the globe.

B20 (Business 20) is the business arm of G20, which represents international business community and brings together influential business leaders from G20 countries. More than 1,400 people gathered in Ankara for three days to review the results of the Turkish G20 presidency within this framework.