Turkey must have a position during normalization 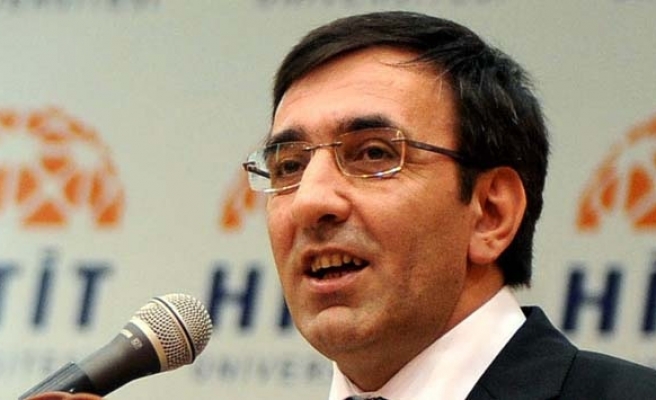 Turkish Minister of Development Cevdet Yilmaz stated Wednesday it was a must for Turkey to position itself during the normalization process after the global crisis.

Speaking in Istanbul at a keynote discussion in the 4th Istanbul Finance Summit (IFS), officially sponsored by Anadolu Agency (AA), under the theme of "finance of sustainable expansion," Yilmaz said the most significant element was "to create a nice atmosphere" for it.

"To have a 10 years experience in macroeconomic policies, political trust and stability ground is an advantage for us [...] I think Turkey will continue to attract the capital," Yilmaz stated.

Macroeconomical data would be updated, basic budget growings will be formed and main structural policies will be given places to in medium term program, Yilmaz said.

Yilmaz said Turkey will continue to set forth and provide a better working area for the actors in the market, noting the problem which started with finance markets, enured to the real economy and turned to a public crisis.

Stating also on the national income rates in the European Union and the United States, Yilmaz said with that kind of loan rates, it was impossible to carry out a public finance, stating it must stop at a level.

Yilmaz also said saving rates of the public sector in Turkey has increased in last 10 years, noting also that it led to a decrease of total saving.

He added there could be several results for the increase, saying Turkey has experienced to see the peak of saving rates and an increase would take place from now on.

Yilmaz stated that they determined four axes, qualified human resource as the first axis and the most important, in the 10th Development Plan which was prepared after an exteremely serious period of preparation and thanks to the contribution of over 10 thousand people.

"The second axis is the innovative production. We need to decrease the means of easy earning but put the focus on means to gain profit in the medium term," he said.

Large Turkish firms can neither produce as much research and development and innovation as required, nor provide enough support for the entrepreneurship, Yilmaz argued.

Yilmaz urged for the large companies of Turkey to be far more innovative.

Turkish Development Minister Yilmaz described the third axis as the urbanisation, which "Turkey must discuss far more seriously to prepare its cities to the future."

"The fourth axis is the cooperation in development. We have to develop and improve our relations with all the world for which we set 25 areas in the 10th Development Plan," he added.

Stressing Turkey's targets for the next 5-year period to secure a growth rate of about 5.5 per cent and an interest rate below 5 per cent, Yilmaz concluded that Turkey would decrease the current account deficit partially in the 5-year period, but the actual fall would be in the second period of 5 years.

The 4th Istanbul Finance Summit (IFS'13), to be held between September 18-19, will host important figures from the global financial world from North America, Europe, the Gulf Region and East Asia. The summit will provide a platform for state-of-the-art discussions on the current condition and future direction of world finance and will bring together leading global policy makers, bankers, corparate financiers and regulators, among others.