The central bank cut interest rates for the first time in a year last month, despite high inflation, after calls for such a move from Erdogan, eager to maintain economic growth as Turks go to the polls. 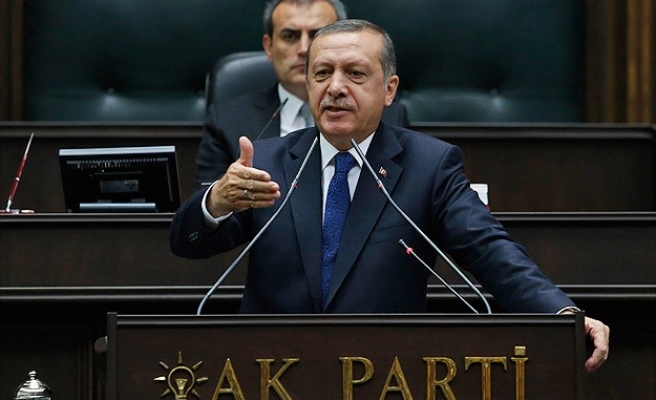 Turkish Prime Minister Tayyip Erdogan's ruling AK Party is planning a tax amnesty that could see billions of lira worth of unpaid taxes pardoned in the run-up to an August presidential election he is expected to contest.

A draft bill discussed by parliament's planning and budgetary commission on Wednesday could raise renewed concern about political interference in Turkey's economic management. Erdogan has already faced criticism over his public entreaties to the central bank to cut interest rates.

The bill, which was seen by Reuters and could become law before the AKP-dominated parliament goes into recess at the end of June, would grant an amnesty for some taxes left unpaid by individuals, and resulting fines and accumulated interest prior to April 30.

Government officials, who declined to be named because of the sensitivity of the issue, said the draft had been prepared by ruling party lawmakers at Erdogan's bidding without full consultation with the finance ministry.

"Prime Minister Erdogan has personally convinced economy officials on this ... Prior to the presidential polls, Erdogan is taking some steps that will draw support from the people," one of the officials said.

A second official said the move was "fulfilling the requirements of the current political environment, not necessarily those of the economy".

Investor concern about Turkey's economic management in the run-up to elections had already been highlighted by Erdogan's hectoring of the central bank over its interest rate policy.

The central bank cut interest rates for the first time in a year last month, despite high inflation, after calls for such a move from Erdogan, eager to maintain economic growth as Turks go to the polls.

Erdogan later said the cut had not been deep enough.

He has yet to announce his candidacy in the presidential election but has made no secret of his ambition to run. An aide at the weekend predicted he would remain in power until 2023 after winning the presidency and that the constitution would be changed to bestow the role with greater powers.

"To shut out the finance authority from a plan that is key to budget finances gives us a picture on how economic policies are run," said Ugur Gurses, a former central banker and newspaper columnist.

"It is obvious -- the prime minister has demanded it, and it is done," he told Reuters.

Turkey has seen a decade of rising living standards under Erdogan and has built a reputation for fiscal discipline, cutting its public debt to one of the lowest among its peers as a percentage of national output.

But memories of heavy and conspicuous spending in the run-up to elections in the pre-Erdogan 1990s, particularly on roads and other infrastructure projects, still fuel worries that a burst of public spending ahead of the polls could fuel inflation.