Ernst & Young said Turkey was one of the most promising countries in the automotive sector in Central and East European Countries. 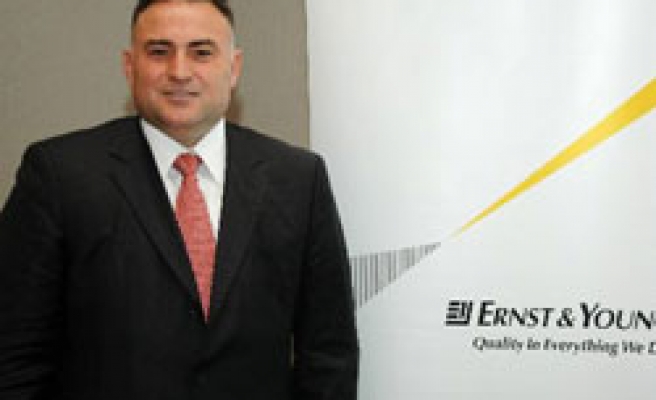 Ernst & Young said Turkey was one of the most promising countries in the automotive sector in Central and East European Countries.

In its report on automotive sector Ernst & Young said Turkey had one the greatest potentials for growth with low car density combined with strong population growth.

The report said: "Apart from Russia, Turkey offers the biggest growth potential in Central and Eastern Europe, with a population greater than 76 million, the lowest car density in Europe and an average car age of 16 years. However, the market potential has not had the chance to unfold in its entirety."

According to the report, nearly 1.1 million light vehicles were produced in Turkey in 2008, but domestic production dropped by more than 20% in 2009.

The report said, "the Turkish automotive industry has expanded rapidly over the past couple of years as it has become more integrated into the European automotive value chain. Eighty percent of the country?s automotive production is for export, and the industry accounted for 30% of overall Turkish export sales in 2008."

It said the global downturn had a significant impact as it reversed the economic improvement brought on by a disciplined monetary policy for the purpose of securing stabilization.

The report suggested that an agreement with the IMF might be an option in order to secure financial resources and attract further investment emphasizing that the downturn also revealed other issues, such as a weak currency and high debt.

It said in order to boost domestic demand for passenger cars, the government initiated a consumption tax break in Spring 2009 for three months, which resulted in a 10% increase in passenger car sales for the year.

The report said in terms of light vehicle and car production, Turkey benefited from the European scrappage programs, adding however that some Turkish exporters were approaching the Middle East as an alternative automotive market to the slowing European market.

It said Turkey?s solid industrial base and its efforts to converge with EU standards made it an attractive place to invest for automobile manufacturers.

According to the report, Hyundai decided to relocate parts of its i20 production to Turkey from India due to local labor conflicts in India and in order to produce closer to the European market while the Chinese automotive manufacturer Chery announced plans in March 2009 to establish a factory in Turkey for the purpose of supplying Turkey and Eastern Europe.

It said the Chinese player Dongfeng Motor intended to invest into its new passenger car manufacturing unit, while Hella, supplier of head lamps and automotive electronics, acquired 49% of a Turkish vehicle parts trading company in January 2009 in Istanbul with the intention of participating in the significant aftermarket business.

It said, in October 2008, Lamborghini opened its first showroom in Istanbul adding that the brand considered Turkey an important part of its development strategy, due to the country?s strategic location between Europe and Asia.

According to the report, to the contrary Honda intended to delay the expansion of its Turkish facility, which was supposed to supply the now crisis-affected Russian market.

Turkey, from a macroeconomic standpoint, serious challenges ahead and could have difficulty meeting targets from the IMF.

The report said while long-term interest rates still exceeded 20%, the current account balance remained negative, which should be an additional obstacle to reducing foreign debts.

It said, despite continuous growth figures combined with an inflation rate, Turkey needed to manage its vulnerability to economic shocks by implementing structural changes.

"Turkey?s economy is very much dependent on large capital inflows. Although the inflation rate has been reduced significantly, inflation is an ongoing issue and requires tight monetary policy. The country?s geographical position might put exports to some countries at risk. Higher energy prices have led to increasing transport prices around the globe. This has had a direct influence on vehicle transportation costs," said the report.