Turkey rules out any risk amid Eurozone trouble

Turkey's economy minister Caglayan said there were no risks for Turkish economy as Turkey had a robust political stability and a strong economy. 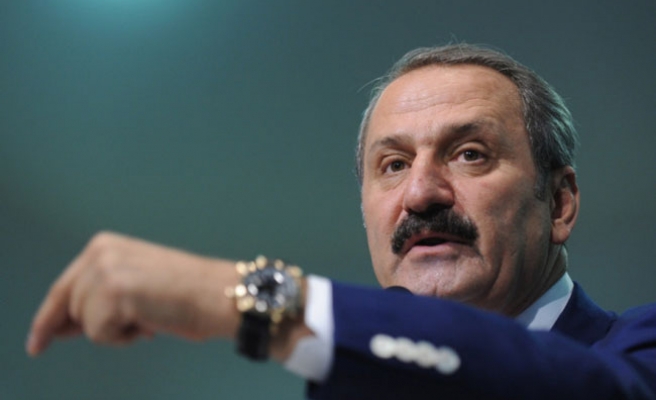 Turkey's economy minister said Friday that predictions for EU's year-end economic indicators should be revised downward as EU leaders had been late to make their moves against economic troubles in Europe, however, he ruled out any risk for Turkish economy.

Economy Minister Zafer Caglayan said European economy still could not recover in spite of measures taken right after the global downturn in 2008, adding "risks for European economy cannot be covered any more."

"EU and its leaders have been very late to diagnose problems with the economy, take measures against these problems and implement these measures. This situation will affect European economy and the whole world," Caglayan said.

However, Caglayan said there were no risks for Turkish economy as Turkey had a robust political stability and a strong economy.

Caglayan said "of course Turkey, as a country who ships more than half of its exports to European market, would be affected by these international developments."

But he added that Turkish government was working to attract foreign investments to Turkey as Turkish economy offered great advantages to investors.

Turkey has drawn nearly $100 billion foreign direct investments, or FDI, since 2003 and 88 percent of these investments were from Europe.

In the first half of 2011, foreign direct investments to Turkey totaled $6.2 billion, a 92 percent rise from a year earlier. Turkish government expects to reach $10 billion FDI by the end of this year.