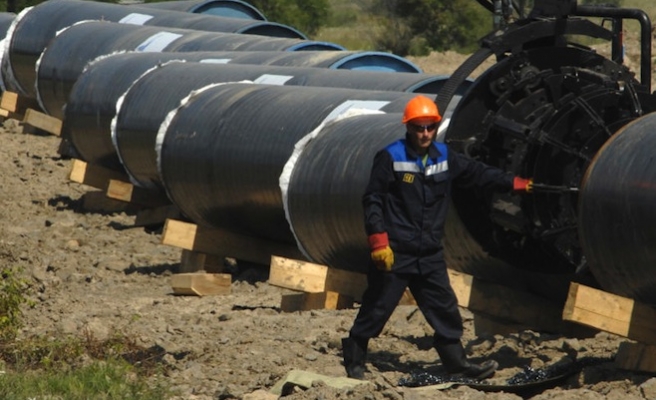 A Turkish energy official has said price-discount differences with Russia over the Turkish Stream project led to discussions being frozen, although the parties have not walked away from the table.

Aytekin said that "our demand was higher…for the discount on gas prices but it became the main reason that stopped the talks."

“As Turkey, we decided to distinguish natural gas discount and pipeline construction topics at the meetings in May, especially after the price reduction of 10.25 percent. However, the Russian side revealed the price discount as a precondition but we considered it as just a start," Aytekin added.

According to Aytekin, after Turkey’s June 7 general election, the failure to form a government also affected negotiations.

"It does not mean that parties left the table but the sides must get together again to untangle the situation," he said.

An upcoming G20 energy ministers’ meeting in October may be good ground for contacts and the Turkish Stream can be contextualized in Istanbul, according to Aytekin.

"Both sides have to show flexibility in the negotiations; in fact Turkey is the second-biggest natural gas partner of Russia and Turkey's Petroleum Pipeline Corporation (BOTAS) is the biggest trade partner of Gazprom on company basis," Aytekin said.

Aytekin added: "If the Russian side does not stipulate the price discount, the state of affairs may become more hopeful."

- Arbitration with Iran may be concluded in autumn

The most expensive natural gas contracts of Turkey are with Iran and arbitration on the Islamic Republic’s gas prices may be concluded in the autumn, Aytekin said.

Turkey has repeatedly objected to the high cost of Iranian gas and has demanded a discount by taking the case to the International Court of Arbitration as the country purchases 10 billion cubic meters, and pays $487 per 1,000 cubic meters.

According to Aytekin, it is hard to constitute new natural gas projects between Iran and Turkey before solving current problems.