Turkish PM Erdogan said that Iran accepted uranium swap to be made in Turkey, but, unfortunately Vienna group did not show necessary sensitivity. 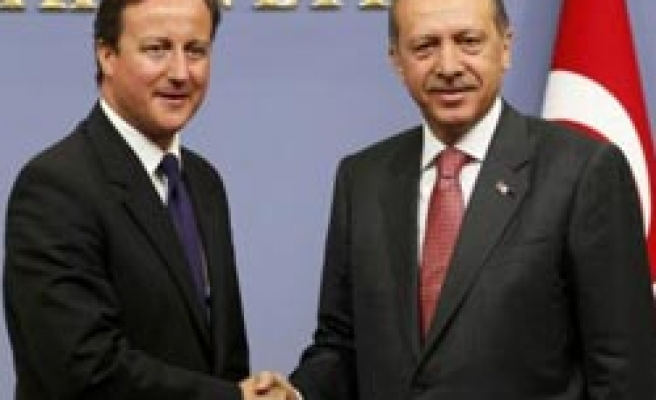 Turkish Prime Minister Recep Tayyip Erdogan said that Iran accepted uranium swap to be made in Turkey, but, unfortunately Vienna group did not show necessary sensitivity.

Holding a joint press conference with British Premier David Cameron in Ankara on Tuesday, Erdogan said that the requirements of international laws were met regarding Iran issue.

Turkey, Brazil and Iran signed Tehran Agreement in May. Under the deal, Iran agreed to transfer 1,200 kg of low-enriched uranium to Turkey within a month and in return receive, within a year, 120 kg of 20 percent-enriched uranium to keep Tehran's medical research reactor running. But, the UN Security Council imposed a fourth round of sanctions on Iran in June. Brazil and Turkey voted against the sanctions.

Replying questions of reporters about Gaza issue, Erdogan said that people in Gaza were now like living in an open prison, and they were continuously under attack and pressure. He added that 1,500 people were killed and 5,000 were wounded in Gaza.

Noting that infrastructure and superstructure, including UN buildings, in Gaza were completely destroyed, Erdogan said that not lifting embargo on Gaza was a tragedy.

Erdogan added that Gaza-bound aid convoys were attacked from sea and air, and he wished that Israel would rapidly correct its mistake.