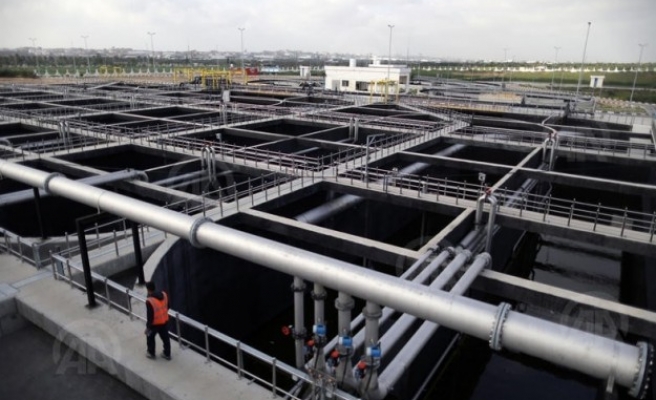 The oil will be transported via the port of Ceyhan, and sold by Iraq's national oil company.

A total of 2.6 million barrels have been extracted in the Kurdish Region so far, Turkish Minister of Energy and Natural Resources Taner Yildiz said on Thursday.

The sale is one of the first made under a deal between the government of Iraq and the Kurdish Regional Government, which ends a dispute over oil-revenue sharing. The Kurds are giving Baghdad half of the barrels extracted from the region, in exchange for $500 million in funds to pay regional civil servants’ salaries.

Yildiz spoke at a meeting with Iraq Electricity Minister Qassim al-Fahdawi in Istanbul, at which an agreement for the construction of a 3,000 megawatt combine was signed.

Yildiz, who met al-Fahdawi for the first time, congratulated him on his new position in the newly formed government in Iraq.

Al-Fahdawi said the new Iraqi government would work to collaborate with Turkey, and he praised Turkish experience with Turkmenistan in importing electricity to Turkey.

“I just want to urge the Turkish government to see us in the same way as Turkmenistan,” al-Fadawi said.

Yildiz said there would be more investment in Iraq than there had been in Turkmenistan.

“We already have companies with great capacity and qualifications, and which have enough financing to organize projects in Iraq. We also have a different understanding with Iraq, since we are both brothers and neighbors, and have historical ties,” Yildiz said.

Turkey has made use of the Kirkuk-Ceyhan pipeline for more than 30 years, Yildiz pointed out. The barrels of oil purchased by Turkey and brought through this pipeline are a contribution to the normalization of Iraq, Yildiz said.