Turkey to decide on third partner in Samsun-Ceyhan oil pipeline

Turkey and Russia are the parties of the pipeline project. 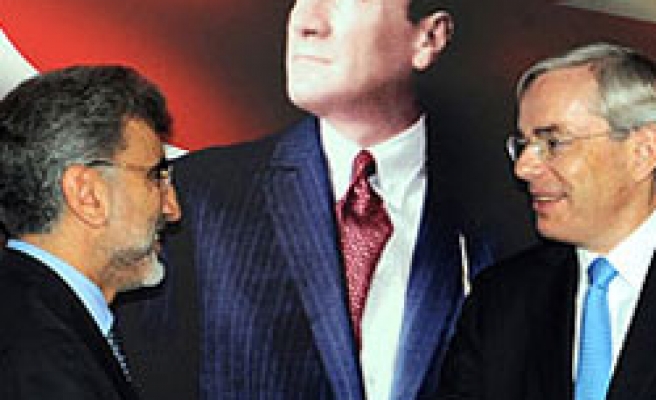 Turkish Energy & Natural Resources Minister Taner Yildiz said on Monday that talks would take place this week to decide whether to include ENI company of Italy in Samsun-Ceyhan Crude Oil Pipeline Project.

Turkey and Russia are the parties of the pipeline project.

Yildiz spoke to reporters following his meeting with President Thomas Mirow of European Bank for Reconstruction and Development (EBRD) in his office in Ankara.

Responding to a question, Yildiz said a technical delegation visited Moscow last week regarding Samsun-Ceyhan Crude Oil Pipeline Project. "The parties decided to carry out the talks rapidly. We will decide this week whether to carry out this project two-way or three way, in which Italy may join. We will have busy talks with the president of ENI and other group presidents on Wednesday," he said.

Mirow said Turkey got rid of the economic crisis more rapidly than the other countries.

The Samsun-Ceyhan pipeline will run 550km from Turkey's Black Sea port of Samsun to its Mediterranean port of Ceyhan, which is also the terminus for the Baku-Tblisi-Ceyhan oil pipeline.