TCDD Director General Suleyman Karaman noted that they were planning to buy six trains, and one of them would be the fastest train of Turkey. 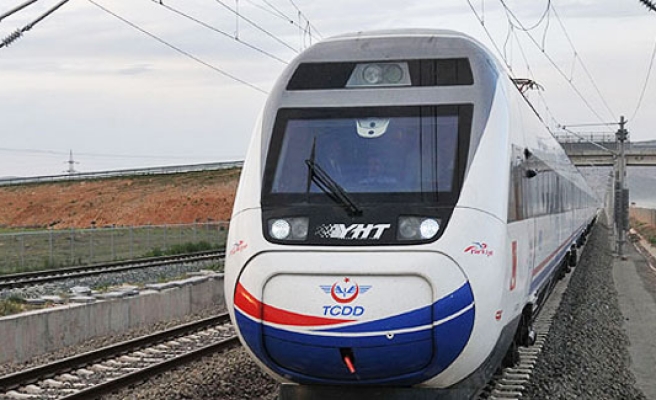 TCDD Director General Suleyman Karaman told A.A on Tuesday that a tender would take place next month to buy a train which could reach 350 kilometers per hour.

Karaman noted that they were planning to buy six trains, and one of them would be the fastest train of Turkey.

Noting that the train would be used in the high-speed train line between capital Ankara and central Anatolian province of Konya, Karaman said that it would drop the travel time between the two cities to one hour and 15 minutes.

Konya-Ankara high-speed train line was constructed according to a train which can reach 350 km/h, he said.

Karaman also said that the train line between Konya and another central Anatolian province of Eskisehir was ready, adding that the travels between these two cities were planned to start within 2011.

We also have studies to connect Turkey's northeastern provinces of Erzurum and Kars to Georgia's Tbilisi, said Karaman.

Turkey started high-speed railway projects in 2003. The first section, between Ankara and Eskisehir, was inaugurated in 2009. It is a part of the 533 km Istanbul-Ankara high-speed rail line.

The TCDD purchased first high-speed train sets, with a maximum speed of 250 kilometers per hour, from Spain's CAF company in 2007.