Turkish Energy Minister Yildiz said that the ties between Turkey-Turkmenistan should be reshaped under the perspective of the highest level cooperation. 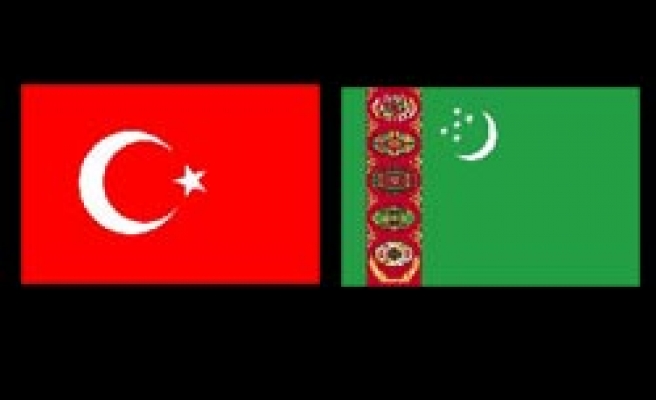 Turkish Energy and Natural Resources Minister Taner Yildiz said that the bilateral relations between Turkey and Turkmenistan should be reshaped under the perspective of the highest level cooperation.

The third meeting of Turkey-Turkmenistan Inter-governmental Economic Commission began in Ankara. Yildiz and Deputy Chairperson of the Council of Ministers of Turkmenistan Hojamuhammet Muhammedow presided the meeting.

Making opening remarks of the meeting, Yildiz said that further development of Turkey-Turkmenistan relations would make significant contributions to the regional stability.

"We need to make more efforts to diversify and improve our economic and commercial relations as well as our cooperation ties," he said.

"Turkey is a powerful country with a well functioning market economy. We have succeeded in ensuring macroeconomic stability as a result of our determined economy policies. Even the global financial crisis could not obstruct Turkey's development. Today, Turkey became the 7th biggest economy in Europe and 17th in the world," he said.

"We attach great importance to our relations with Turkmenistan which succeeded in increasing its trade volume 55 percent to 10 billion USD in the last five years. Turkish contractors have undertaken more than 600 projects in Turkmenistan worth of 17 billion USD. Investments with Turkish capital amounted to 1.3 billion USD," he said.

Deputy Chairperson of the Council of Ministers of Turkmenistan Muhammedow said that they aimed at further increasing trade volume with Turkey.

"Commercial and economic relations between our countries have gained momentum lately. We also want to further develop our cooperation in the areas of energy, agriculture, tourism, education, health and construction. Turkey is our second biggest commercial partner," he added.

Turkey and Turkmenistan signed the "Economic and Commercial Cooperation Agreement" in 1991. They also signed an agreement to encourage investments mutually in 1992 and another agreement to prevent double taxation in 1995. Their trade volume increased to 1.04 billion USD in 2008 from 173 million USD in 1999.

Turkey's exports to Turkmenistan amounted to 663 million USD and its imports totaled to 384.8 million USD in 2008.