Turkey urged to lift barriers for US investment

U.S. Secretary of Commerce Penny Pritzker called on Turkey to 'lift barriers' for American investment in the country. 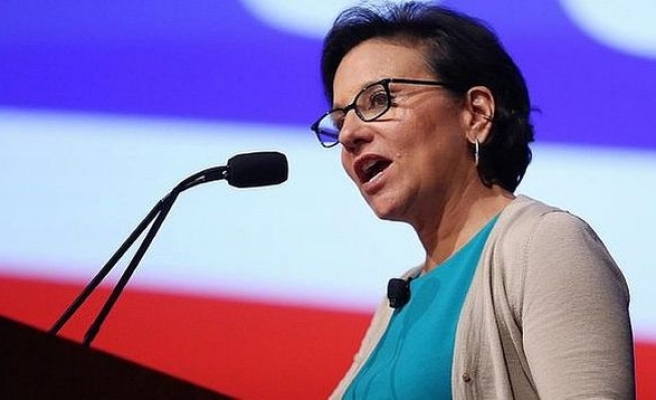 The Turkish government should act to eliminate the barriers for U.S. companies investing in Turkey, said U.S. Secretary of Commerce Penny Pritzker in Istanbul on Tuesday.

In her first visit to Turkey as U.S. Secretary of Commerce, Pritzker attended the American Business Forum for Turkey's 10th Anniversary Gala in Istanbul's Ritz Carlton Hotel, where she stated that bilateral economic relations of the two countries were not at the level it should be.

Pritzker said that qualified and committed companies that want to invest and create jobs here, have not participated in tenders nor even entered the market. She urged the Turkish government to "act to adopt rules that promote non-discrimination, fair competition and transparency in government procurement."

Another challenge according to Pritzker is Turkey's commercial offsets in health care, medical equipment and commercial aircraft components as they are an "impediment for both American and other foreign firms to access the Turkish market." Pritzker stressed that getting a 'certification in a timely manner' from the government - the Health Ministry's certifying body, was also an obstacle for U.S. manufacturing companies in Turkey.

"Turkey hit its highest export rate with U.S. in 2013 with $6.7 billion but it is not at the level it must be," she added, and called on investing companies and business people to exhibit the political will necessarily "to achieve the shared vision of Turkish President Recep Tayyip Erdogan and U.S. President Barack Obama."