Zafer Caglayan said export figures in the first seven months of 2011 were the indicator that Turkey would break a new export record. 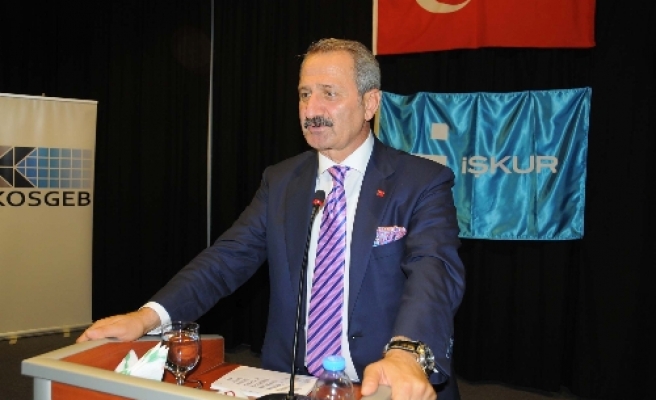 Turkey's economy minister said on Monday that a hike in exports would bring a higher growth figure.
Zafer Caglayan said export figures in the first seven months of 2011 were the indicator that Turkey would break a new export record.

"When we make approximately 11 billion USD of exports in the last five months, we will break a new record in exports," Caglayan released a statement on recent export figures made public by Turkish Exporters' Assembly.

Commenting on export figures, Caglayan said Germany, Britain and Italy were the top three countries Turkey was exporting its products, and exporters were not facing problems due to economic problems in the European Union (EU).

Caglayan said Turkey's exports to Germany were up by 24.2 percent, exports to Britain rose by 25.5 percent, and to Italy they were up 37.7 percent.

The economy minister said hike in exports would cause a rise in growth figures.

"These export developments and sustainable rise in exports will be Turkey's most important economic means in cutting down foreign trade deficit and current account deficit in coming days," Caglayan also said.

Buyukeksi said the only crisis or risk for Turkish economy was current account deficit, however Turkey had a stronger public budget, debt dynamic, banking industry and lower interest rates today, compared with 1994 and 2001---when Turkey faced two serious economic crises.