S&P has raised Turkey’s local-currency sovereign credit rating by two notches to BBB- on Tuesday, meaning that the country’s credit rating rose to investment-grade for the first time in its history. 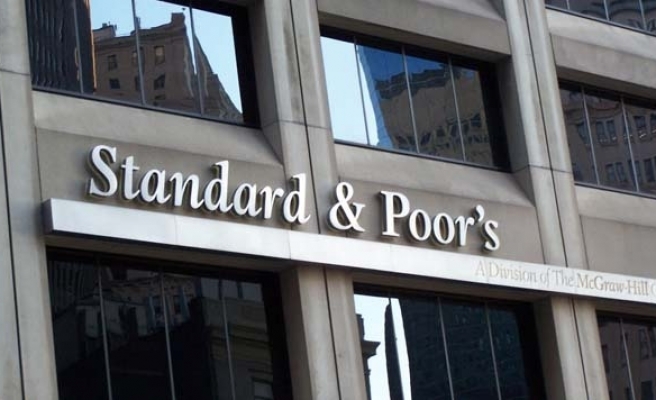 The agency also affirmed its national scale ratings on Turkey and the country's foreign-currency sovereign ratings at "BB/B".

S&P said Turkey's outlook on both the local- and foreign-currency long-term sovereign ratings was positive.

The agency said Turkey's recovery rating remained at "3", and its transfer and convertibility assessment (T&C) at "BBB-".

"The local-currency upgrade reflects our view of continuing improvements in Turkey's financial sector and the deepening of local markets," said the S&P, adding the Turkish banking system was adequately capitalized and "we expect the state will reduce its holdings of some public-sector commercial banks."

"We believe that the government will remain committed to stabilizing net general government debt/GDP at around 35 percent by 2014, despite our expectations that GDP growth will slow to just over 3 percent between 2012 and 2014 from its heady recent pace of 6 percent projected for 2011."

The agency forecast that the general government's primary surplus would slightly exceed 1 percent of GDP for 2011, adding that it expected Turkey's current account deficit to hover around 10 percent of its GDP.

"The outlook on the ratings is positive. We could raise the ratings on Turkey if, once the economy cools as we expect, it can reduce its current account deficits and slow its domestic credit growth without too badly affecting its fiscal accounts or financial-sector stability," the agency said.

"We could also raise the ratings if deeper reforms to social security resulted in a stronger fiscal performance that started to substantially reduce the government's debt," it said.