The Turkish lira has recently weakened to an all time low as U.S. dollar has broken record. 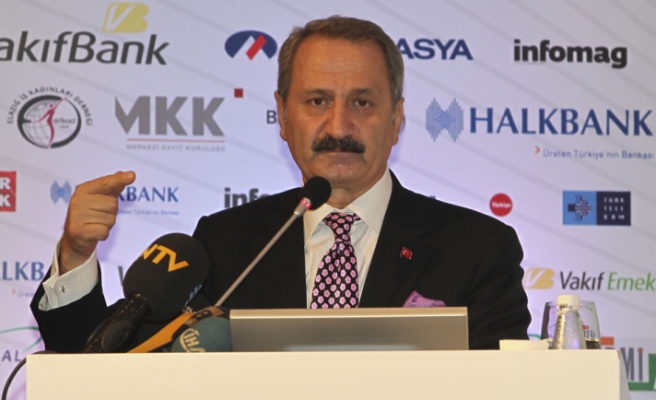 Turkey's economy minister said on Wednesday that there was nothing to get panicked about economic developments in Turkey, commenting on rapidly rising of US dollar.

The Turkish lira has recently weakened to an all time low as U.S. dollar has broken record.

Zafer Caglayan said there would naturally be fluctuations in economic figures in Turkey, a significant actor of global economy and a global actor.

"Our country is being affected by developments in USD since it is implementing floating exchange rate regime, however there is nothing to panic and there is not any situation that can put Turkey into trouble," Caglayan told reporters in Istanbul.

Caglayan said Turkey had a stable course, and Turkish institutions were in power and would make necessary intervention when necessary.

"Not only the Central Bank but also the Banking Regulation and Supervision Agency are taking all measures when deemed necessary, and would continue to do so," Caglayan said.

Caglayan suggested that Turkish citizens and industrialists get indebted according to their income.

"This does not seem like a problem that can easily and quickly be solved. The European economy will continue to have problems for some more time, and in fact this is an
economic tsunami," Caglayan said.

Caglayan said the current crisis was the indicator that the crisis that began in the housing industry in the United States in 2008 still continued in Europe.

Turkish Prime Minister Recep Tayyip Erdogan's remarks in 2009 that "global crisis would slightly affect Turkey" had been confirmed by Turkey and the world, Caglayan said.

Caglayan said when many European countries were experiencing crisis, Turkey had become a country that dropped unemployment to 9.2 percent, that grew 10.2 percent in the first half of the year, and that drew direct foreign capital.

The minister defined Turkey as a strong and dynamic country, and a country raising its exports when domestic market was also growing.

Caglayan said Turkey would break a historic export record despite negative developments in the world and many problems in European market, and forecast year-end export figure as 135 billion USD.