Turkey's external assets up in 2013 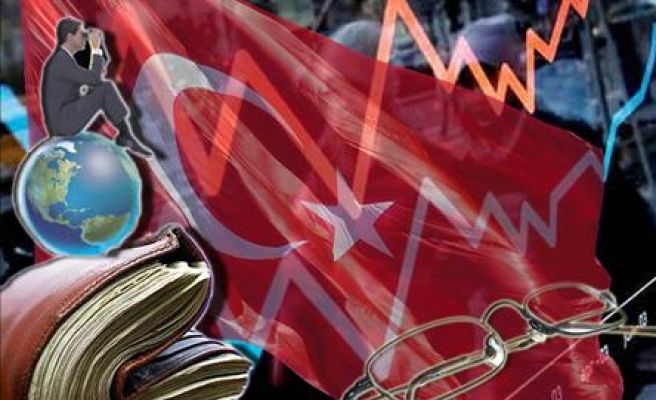 A statement released by the Central Bank of Turkey (CBT) on Thursday said liabilities decreased by 2.9 percent to reach US$614.7 billion at the end of 2013, according to International Investment Position (IIP) figures.

The net international investment position (NIIP), the gap between Turkey’s assets abroad and liabilities, was recorded at -US$390 billion at the end of 2013, compared to -US$420.5 billion the previous year.

In February 2013, portfolio investments decreased US$11.3 billion, and non-residents’ equity holdings were recorded at US$52.3 billion, reflecting a decrease of 25.9 percent compared to the end of 2012.

Moreover, non-resident Turkish citizens’ foreign exchange deposit accounts with letters of credit at the Central Bank were calculated at US$5.2 billion in February, decreasing by 26.2 percent compared to the end of 2012.