Named after worldwide famous Ottoman captain, geographer and cartographer Piri Reis, the vessel is able to carry out two-dimension seismic surveys for 20 days. 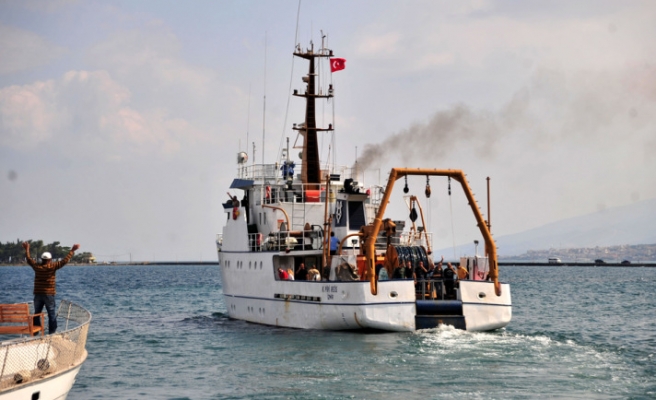 A Turkish oil exploration vessel left the Aegean port of Izmir on Friday to carry out surveys off northern Cyprus amid tensions with Greek Cypriots on the divided island over rights to hydrocarbon reserves in the eastern Mediterranean.

Named after worldwide famous Ottoman captain, geographer and cartographer Piri Reis, the vessel weighed anchor from the Urla Port in the western province of Izmir.

Built in Julius Diedrich shipyard in Germany in 1978, the vessel is able to carry out two-dimension seismic surveys for 20 days.

There was no sign of a Turkish naval escort for the Piri Reis and its 10 crew as the vessel set out. Energy Minister Taner Yildiz had raised the possibility of such a security measure earlier this week.

Regional tension rose after Cyprus's Greek Cypriot government announced on Tuesday that drilling had begun in a southeast offshore area adjoining a gas field claimed by Israel, reputed to be the world's largest find in the past decade.

Texas-based Noble Energy is carrying out the drilling in the Greek Cypriot block. Speaking in New York on Thursday, Greek Cypriot President Demetris Christofias said more blocks could be thrown open for exploration over the next 12 months.

Christofias said, this week that any money earned from a gas find "would be used for the good of both sides regardless of whether a settlement had been reached".

Prime Minister Tayyip Erdogan touched on the dispute in an address to the U.N. General Assembly on Thursday.

"Turkey expects to see that all parties involved make efforts so that the Greek Cypriot administration ends initiatives that cause tension not only in the island but the region," he said. "Otherwise, we will do what we have to do."

And last week, Erdogan said Turkish warships could be sent to the eastern Mediterranean at any time and Israel could not do whatever it wants there.