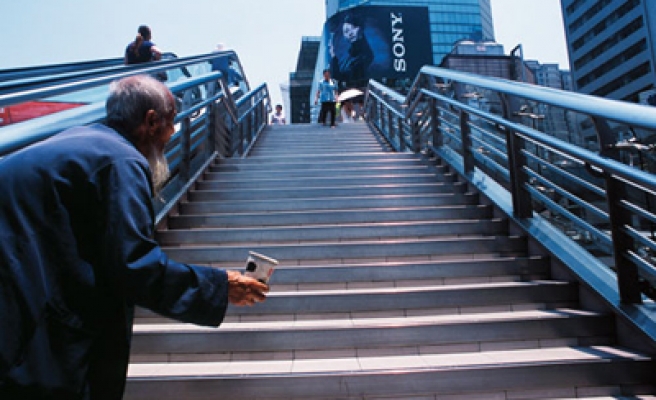 Turkey’s richest 20 percent earned eight times more than the poorest 20 percent in 2012 -- an income gap that remains the same as the year before -- according to a report published by the Turkish Statistics Institute (TurkStat) on Monday.

The report suggests that the richest 20 percent of the population earned 46.6 percent of Turkey’s total income while the lowest 20 percent earned only 5.9 percent. The report also indicated that the annual average household income was estimated to be TL 26,577. The income disparity between urban and rural areas was calculated to be 7.2 fold. The Gini coefficient, which is one of the measures of inequality between income levels, experienced a decline of .002 percentage points to 0.402 percent. The coefficient between urban areas stood at 0.391 percent while it was 0.337 percent for rural areas.

The average annual equivalent household income was calculated at TL 11,859 in the country for 2012. İstanbul ranked at the top for having the highest average annual equivalent household income of TL 16,126. The western Anatolian region as a whole ranked after İstanbul with TL 14,160, while the eastern Anatolian region had the lowest with TL 5,870.

Among the sources of income, salaries were the highest contributors, with a share of 46.5 percent and were followed by entrepreneurial income with 20.4 percent and social transfers with a 20 share. The data showed that 92 percent of the social transfers were pensions as well as widow and orphan allowances. The pension, widow and orphan allowances make up 18.4 percent of the income sources. Also, 66.7 percent of the entrepreneurial income was accumulated by non-agricultural sectors.

16.3 percent of the population at risk of poverty

The percentage of those people who are under continuous risk of poverty was estimated at 16 percent. The continuous poverty rate was calculated with the data from the last four years and includes people who have been on the poverty list twice consecutively in the past three years.

However, the report also showed an improvement in living conditions. The number of people that experience financial difficulty, which is described as not being able to meet at least four articles in determined listing of nine, has declined from 60.4 percent in 2011 to 59.2 percent in 2012.

According to data, 85.9 percent of the population is not able to go on a weeklong vacation while 61.8 percent have difficulty paying off unexpected expenses and 78.8 percent say they don’t have enough money to replace or fix old furniture.