TCDD will use 12 high-speed train sets with a maximum speed of 300 kilometers per hour. 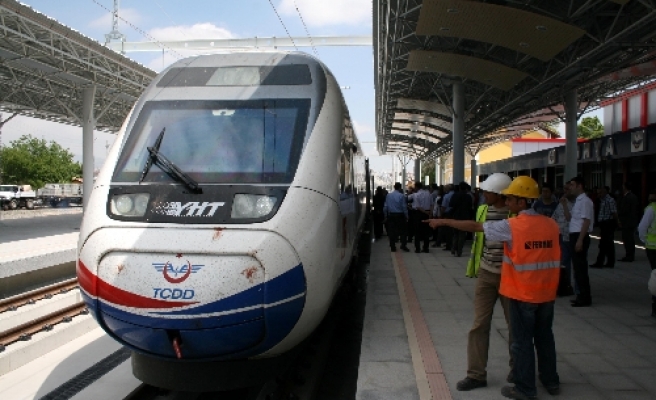 Turkish State Railways, or TCDD, will make public the launch of a new high-speed rail line which will connect Turkish capital Ankara to central Konya province.

The 250-km new line will be put into service later this month, TCDD officials said.

Journey time between the two cities will be 1 and a half hours.

TCDD officials promised cheaper promotional tickets at the beginning of the new service.

Turkey started high-speed railway projects in 2003. The first section, between Ankara and Eskisehir, was inaugurated in 2009. It is a part of the 533 km Istanbul-Ankara high-speed rail line.