Hisarciklioglu said at the Turkey-Iran Business Forum, that the trade zone can be the biggest project in the Middle East. 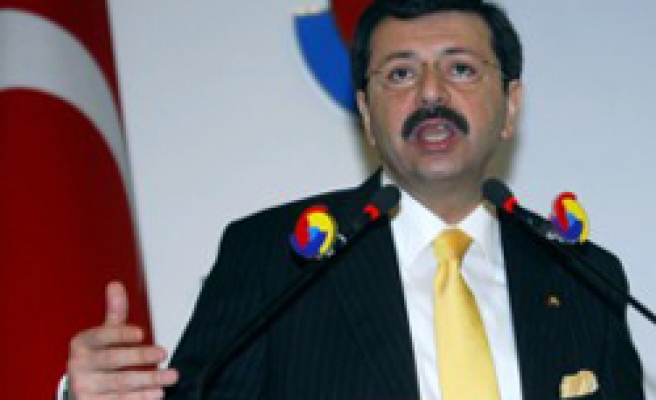 The chairman of the Union of Turkish Chambers & Commodity Exchanges (TOBB) said that the Economic Cooperation Organization Trade Agreement (ECOTA) would help them to increase Turkey-Iran trade volume to 14 billion USD in a year and up to 25 billion USD in the next three years.

Rifat Hisarciklioglu at the Turkey-Iran Business Forum said, "efforts to establish a free trade zone between the two countries should be accelerated. We expect Turkish and Iranian governments to take tangible steps to this end. The trade zone can be the biggest project in the Middle East."

"After improvement of Pakistan-China railway line in the coming years, the Iron Silk Road Project will come true. Also, Turkey will be a reliable address for Iran's investments with its growing real estate market," he added.

Iranian Commerce Minister Mehdi Qazanfari said, on his part, that embargoes imposed on Iran actually contributed to improvement of relations with its neighboring countries.

Qazanfari added that they were ready to put the trade agreement in practice and to establish free trade zones and joint companies with Turkey.