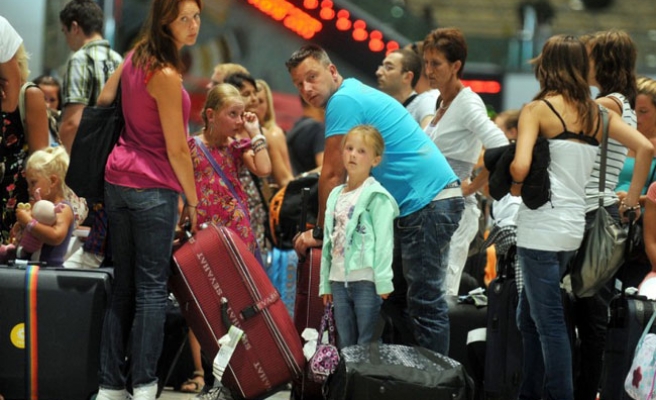 Turkey's tourism income increased 3.8 percent in the second quarter of 2012 (April, May and June) compared to the same period of the previous year.

In a statement released on Monday, Turkish Statistical Institute (TurkStat) stated that Turkey's tourism income was calculated as 5.576 billion USD with a 3.8 percent rise in the second quarter of 2012.

While 82.1 percent of the total income was obtained from foreign visitors, 17.9 percent of it was gained from citizens residing outside Turkey.

4.303 billion of tourism income came from individuals, 1.272 billion of it came from package tour expenditures, the institute stated.

TurkStat also stated that the average expenditure was 598 USD in the mentioned period.