While 84.6 percent of the revenue was accumulated from foreign tourist visits, 15.4 percent was contributed by Turkish citizens living abroad. 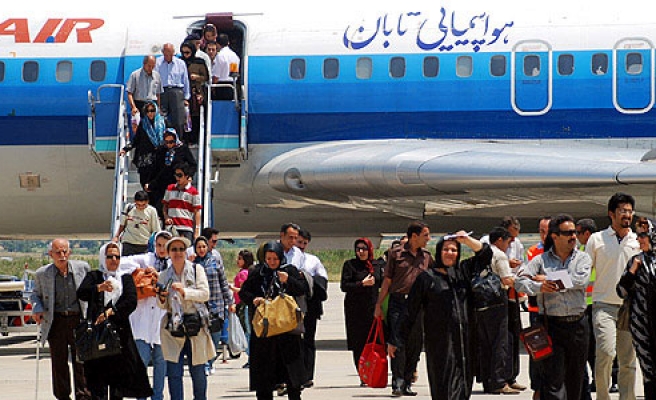 Turkish Statistics Institute (TurkStat) data released on Tuesday showed that tourism revenues have increased by 22.8 percent in the second quarter compared to the same quarter of the previous year.

This increase indicates that the value of tourism revenues rose to over $8.6 billion. While 84.6 percent of the revenue was accumulated from foreign tourist visits, 15.4 percent was contributed by Turkish citizens living abroad. Of the total spending in the second quarter, $6.4 billion was individual spending, while $2.2 billion represents package tours.

The average spent by each tourist in the second quarter was $825; the average for foreign tourists was $766 and $1,335 for Turkish visitors from abroad.

The number of visitors exiting Turkey increased by 12.8 percent in the second quarter compared with the previous quarter, at a total figure of 10.5 million. Foreigners made up 9.5 million of these individuals, while about a million of them were Turkish citizens living abroad.

The spending of Turkish tourists visiting other countries has also increased, up by 0.02 percent in the second quarter compared with same quarter of 2012, reaching approximately $1.3 billion. Of this amount, $1.048 billion was individual spending and the remainder was spent on package tours.

The number of Turkish citizens going abroad increased by 8.8 percent to 1.835 million. Their average spending was $701.