The first countries to seize business opportunities in Iran will have more advantage than others, says Turkish-Iranian business rep. 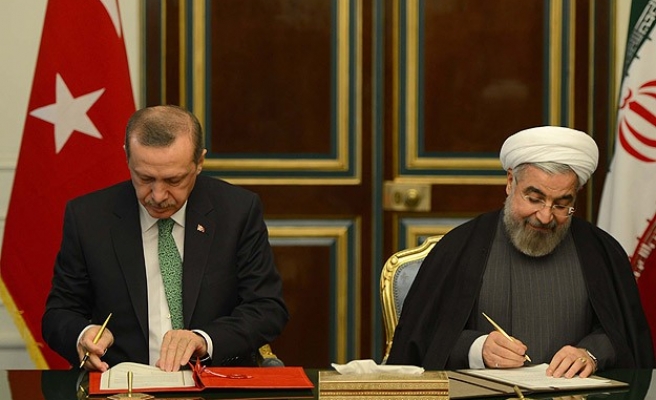 Despite Obama’s sharp warning on companies eyeing business deals with Tehran, an increasing number of Turkish companies are seeking to invest in Iran, according to a Turkish business representative.

“Since Western powers reached an interim deal with Tehran, new business opportunities began to emerge in Iran,” Bilgin Aygun, the vice chairman of Turkish-Iranian Business Council at the Foreign Economic Relations Board of Turkey, (DEIK), told the Anadolu Agency (AA) on Wednesday.

World powers and Iran agreed to the interim agreement in November over Tehran’s nuclear program. The deal provides Iran with limited sanctions relief while curtailing certain aspects of the Islamic Republic’s nuclear program, which might eventually result in the removal of all sanctions.

However, the U.S. has warned companies against doing business with Iran after a large trade delegation representing more than 100 French companies travelled to Tehran last week. U.S. President Barack Obama said on Tuesday that the U.S. would come down “like a ton of bricks” on companies that breach sanctions against Iran.

“The first countries to seize business opportunities in Iran will come out ahead. In this regard, the timing of Turkish Prime Minister Recep Tayyip Erdogan’s two days visit to Tehran in January was an important step,” said Aygun.

In an attempt to increase Turkey's trade volume, Erdogan visited Tehran in January, when both sides signed a cooperation agreement to form a joint trade committee. Erdogan said, "I hope 2014 will be a milestone year for both countries and that we reach a US$30 billion trade volume by the end of 2015."

The trade volume between the two countries decreased to US$13.5 billion in a sanction-restricted 2013 from US$21.8 billion in 2012.

Aygun argued that Turkish companies were doing business in Iran and developing strong trade ties even before the nuclear negotiations started between Tehran and world powers,

Stressing that Iran is one of richest oil and gas countries in the world, Aygun said, “Many Turkish businessmen told me they want to invest in Iran after Erdogan’s visit.”

In recent months, there has been an influx of western businessmen into Iran, seeking new investment opportunities in recent months.

Turkish economist, Harun Ozturkler from Kirikkale University said Obama’s warning aims to prevent companies seeking business deals in Iran earlier than U.S. companies. “I think Turkish businessmen will not take his warning into account as much as U.S. firms will. Because these sanctions are imposed by the U.S. Congress, and not any other international body like the UN,” said Ozturkler.

Ozturkler stressed that Iran has a huge economic potential which Turkey needs for sustaining its economic growth. “Turkish companies should seek trade deals in Iran as though the economic sanctions on Tehran never existed. This might be a bit risky if the nuclear negotiations fail, but I don’t think that will happen,” he added.