Babacan said the mechanism could only defer problems, adding that he could not see a radical solution. 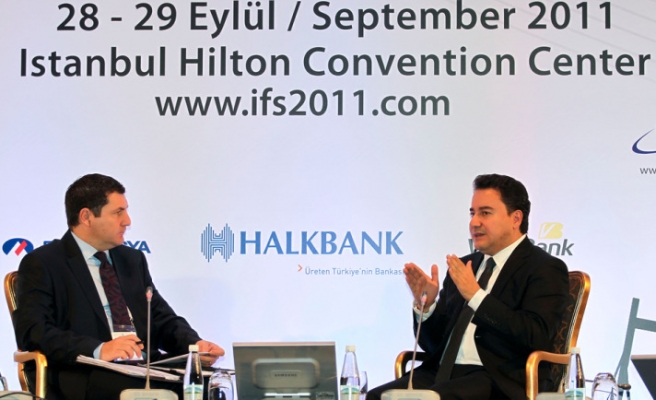 Turkey's deputy prime minister said on Thursday that the world was experiencing days when decision-makers had difficulties in producing solutions.

Ali Babacan said the world was unfortunately undergoing a period in which those in key position, i.e. decision-makers, had difficulties in producing solutions and political decision-making mechanisms were not working well.

"Problems in Europe grow blatantly, and unfortunately there is a negative picture regarding global economy, particularly Europe," Babacan said.

Babacan said the crisis was related with banks at first, but states and governments said they backed the banks when the banks faced problems.

Thus, problems in the first phase of the crisis seemed to be alleviated, but problems were deferred and stability was ensured for some time as states stood by the banks, Babacan said.

"However, we are in such a circumstance today that the signature of states are no more strong as they were in the past," Babacan said.

Babacan said credibility of both banks and many states were under discussion today, and there was no answer to the question who would back the states when banks started to shake.

Minister Babacan said Europe was trying to develop a mechanism called European Financial Stability Fund (EFSF) to be valid till 2013, but the fund could only meet finance need of a few small countries.

Babacan said the mechanism could only defer problems, adding that he could not see a radical solution.

The European Financial Stability Facility (EFSF) was created by the euro area member states following the decisions taken May 9, 2010 within the framework of the Ecofin Council.