Turkey's strong economic performance over the last decade has enabled Recep Tayyip Erdogan to extend his rule with the presidency. 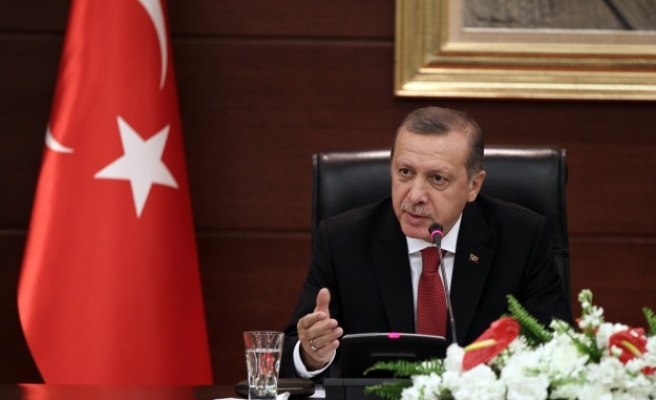 Recep Tayyip Erdogan’s inauguration as president is seen by some as the culmination of his stewardship of the Turkish economy during his 11 years as prime minister.

Over that period, official data shows Turkey has grown to become the world’s 17th largest economy, with gross domestic product going from $232 billion in 2002 to $820 billion in 2013, according to the World Bank.

The country aims to have a GDP of $2 trillion by 2023, the centenary of the republic’s foundation.

Since Erdogan’s election as prime minister in 2003, the economy has grown an average 5 percent a year, with growth hitting 8.8 percent in 2011, second only to China, although it declined sharply the following year to 2.1 percent, rising to 4 percent in 2013.

"Everyone knows about Erdogan’s success in the economy and we hope he will continue this success as a president," Bendevi Palandoken, chairman of the Turkish Confederation of Tradesmen and Craftsmen, said.

And Rifat Hisarciklioglu, president of the Union of Chambers and Commodity Exchanges of Turkey, said: "I believe Erdogan will be successful on the economy and politics, as when he was as prime minister."

Turkey’s strategic position spanning Asia and Europe, its membership of NATO, closeness to the Middle East and its candidacy for the European Union all reflect its standing in the world.

A further indication of Turkish economic performance can be seen in GDP per head of population, rising from $3,490 in 2002 to $10,780 last year.

At the same time, government borrowing fell from 65 percent of GDP in 2002 to 6 percent just before the nationwide Gezi Park protests shook the country last year. It currently it sits at 9 percent.

In May, the government paid off its International Monetary Fund debts and the central bank’s foreign reserves soared to $114 billion, from $27 billion in 2002.

Turkey’s chronic inflation and unemployment figures have fallen into single digits: inflation stood at 18.4 percent in 2003 and was 9.1 percent last month, while unemployment also fell below 10 percent.

The current account deficit, which had been Turkey’s economic Achilles' heel, dropped to $24.1 billion for the first six months of 2014.

This strong performance has seen Turkey become attractive for foreign investment, with $12.9 billion invested last year, compared to $1.13 billion in 2002.