Turkey's economy minister said on Friday that the decisions taken at the latest meeting of the Monetary Policy Committee of the Turkish Central Bank were appropriate. 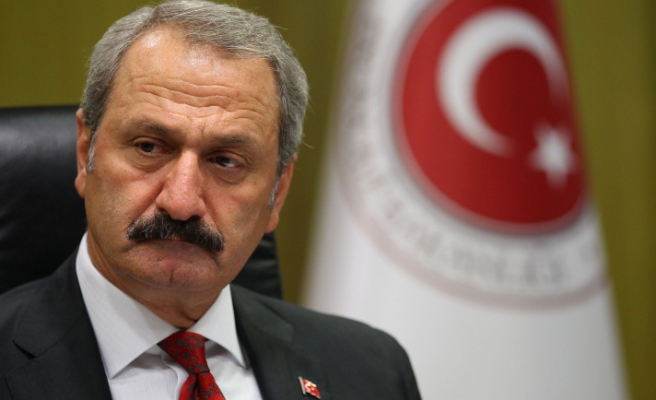 Turkey's economy minister said on Friday that the decisions taken at the latest meeting of the Monetary Policy Committee of the Turkish Central Bank were appropriate.

During his meeting with a delegation from the Executive Board of the International Investors' Association in Ankara, Turkish Economy Minister Zafer Caglayan said timing of the decisions taken by financial authorities was of great importance.

"You should neither be late, nor act too early nor cause panic in the markets," he said.

The minister noted that Central Bank's latest decisions on the markets were very accurate and well-timed in that sense.

Commenting on the increase in foreign exchange rates, Caglayan said increases might happen as there was a floating exchange rate regime in Turkey.

Regarding the reduction in interest rates, he said Central Bank had not given credit to manipulative efforts on such issue.

Caglayan also said Central Bank's decision to reduce interests showed that economy should keep growing and there was no need to hit brakes.

Releasing a statement after the gathering, the bank said it revised down the policy interest rate from 6.25 percent to 5.75 percent. It also increased overnight borrowing rate from the previous 1.5 percent to 5 percent and kept lending rate unchanged at 9 percent.

Central Bank also announced that it would hold foreign exchange selling auctions when deemed necessary in order to provide the market with liquidity.