Touching on the developments in Libya, Minister Caglayan said that international institutions would make a damage assessment in Libya concerning Turkish businesses and their projects. 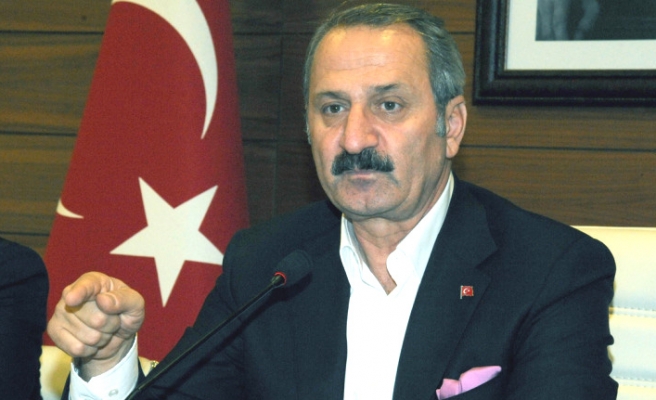 Turkish Economy Minister Zafer Caglayan said Monday that Turkey, unlike any other European Union (EU) country, will not be a burden but would rather take away burden from the Union.

Minister Caglayan received Rainhardt Freiherr Von Leoprechtin, chairman of Turkish-German Chamber of Commerce and Industry, and an accompanying delegation in Ankara on Monday.

Leoprechtine congratulated Caglayan for having been appointed as Turkey's Economy Minister in the new cabinet.

I believe that our meeting with Mr. Caglayan will facilitate results that would be a boost to Turkey's EU membership, Leoprechtine said.

Leoprechtine said that they took a decision to carry their headquarters to Berlin and extended an invitation to Caglayan to visit them in Berlin.

Minister Caglayan said that global economic crisis could be overcome through global cooperation.

When Turkey becomes an EU member, it would take away burden from the Union, Caglayan stressed.

We thank our German friends for extending a support to Turkey's EU bid, Caglayan also said.

Touching on the developments in Libya, Minister Caglayan said that international institutions would make a damage assessment in Libya concerning Turkish businesses and their projects.

I will pay a visit to Libya soon, Caglayan also said.