Economy minister says 'there is no possibility of an economic crisis... Turkey's loan structure is very healthy.' 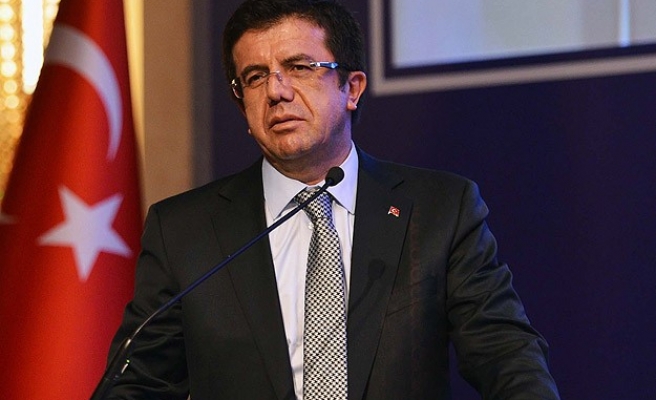 Turkey's economy minister told an economy conference in Germany on Sunday that the Turkish economy is stronger than most European Union (EU) countries.

Speaking at a conference held by the Union of European Turkish Democrats in Cologne, Nihat Zeybekci said Turkey's economy was "rock solid" and ahead of 25 EU countries in terms of public debt ratio to GDP.

"There is no possibility of an economic crisis," said Zeybekci. "Turkey's loan structure is very healthy".

Citing the growth of Turkish Airlines, Zeybekci said the airline would be the biggest in Europe by 2015 and overtake current leader Lufthansa.

He added that Turkey's trade volume with African countries has tripled with Turkish Airlines launching new destinations to the continent.