They considered the decision as affirmative. "As the exporters, we do not want sharp ups and downs," Mehmet Buyukeksi said. 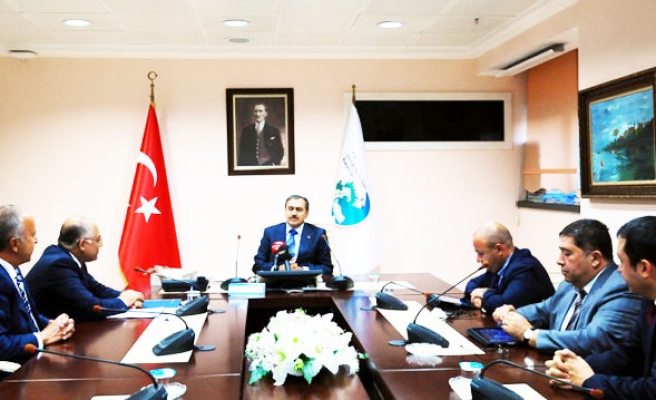 Turkish Exporters' Assembly, TIM, said on Thursday that they did not predict a financial crisis in Turkey.

Mehmet Buyukeksi, President of TIM, in an exclusive interview with the A.A correspondent, said Turkey made record growth last year, and recorded the biggest growth in the world in the first quarter of this year.

Buyukeksi said, "rate of increase in Turkey's exports is high. Unemployment figures dropped below 10 percent. Rates of capacity utilization in industry and industrial production are extremely positive. We do not expect a financial crisis."

"There is not crisis in Turkey, there is crisis in Europe. There is crisis mainly in Greece, Spain, Portugal and partially in Italy. Efforts would be underway to solve the problem to prevent crack in EU," he said.

Referring to the decision of the Central Bank, Buyukeksi said they considered the decision as affirmative. "As the exporters, we do not want sharp ups and downs," he said.

Buyukeksi said Central Bank displayed a proactive approach, which was the correct stance.