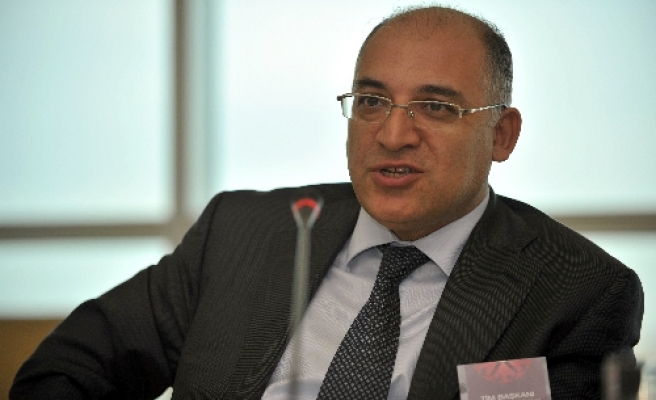 U.S. dollar and gold prices hit record high levels however, Turkish exporters are not pleased with this sharp rise in foreign currency rates.

"We think competitive exchange rate for U.S. dollar is a level from 1.6 Turkish lira through 1.7 lira. We want less volatility because such sharp hikes in this system brings together sharp decline which is a trouble for exporters," Buyukeksi told AA reporter.

U.S. dollar and Euro are rising sharply over the past few weeks in Turkish free market. U.S. dollar is traded at two-year low 1.742 and Euro rose to 2.463 Turkish lira at noon after Turkish Central Bank lowered key policy interest rate by half base points to 5.75 percent on Thursday.

The bank said it made its move in a bid to minimize the risks of Europe debt crisis.

"We do not want U.S. dollar to go higher than 1.8 lira," Buyukeksi said. "We are not pleased with the pace of acceleration. But we are happy with Central Bank's moves."

Central Bank Governor Erdem Basci said there were no fundamental or technical reasons for Turkish lira to lose more value, however, he added that the bank could sell more foreign currency or lower required reserve ratio for foreign currency if Turkish lira continued to fall due to global concerns.

Turkey's senior economy officials will get together with Prime Minister Recep Tayyip Erdogan next week to discuss the recent situation in Turkey and the world.