Turkish exports up by 10.2 pc in July: Minister

State minister for foreign trade has said that Turkish exports between July 1-26, 2010 increased by 10.2 percent compared to the same period of 2009. 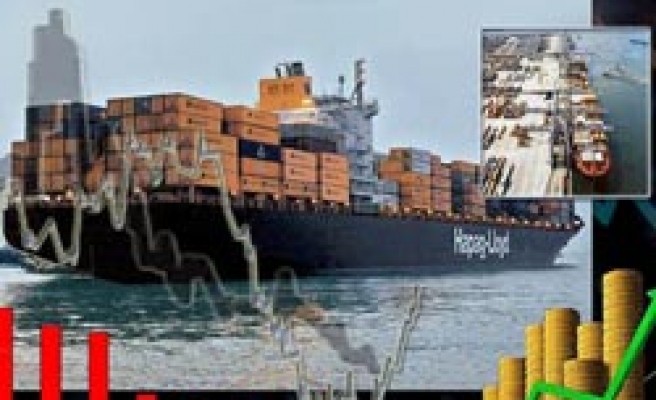 The Turkish state minister for foreign trade has said that Turkish exports between July 1-26, 2010 increased by 10.2 percent compared to the same period of 2009.

"The sustainable increase in our exports shows that we will exceed our 107.5 billion USD target," Caglayan said.

Caglayan noted that exports in the first 26 days of July amounted to 7.65 billion USD, adding exports since the beginning of the year had reached 62.4 billion USD.

Commenting on the lifting of visa procedures with Russia, Caglayan said Turkey and Russia had agreed in principle on such matter and initiated the process, adding he hoped relevant studies would be completed until the end of 2010.

Caglayan said removal of visas would make remarkable contributions to tourism and trade, eliminate the obstacles before investors and be beneficial for both countries.

Noting that Turkey had lifted visas with numerous countries such as Jordan, Iraq and Libya, Caglayan said he would hold talks with trade ministers of Lebanon, Jordan and Syria in Istanbul this weekend and they would discuss ways to establish a common economic zone between their countries.

Caglayan also said that Russia was the 56th country he had visited in the last 13 months, noting high trade figures could not be achieved unless markets of the customers were visited.

"Our efforts will continue in that sense," the minister added.