Turkish FinMin : 'We should be cautious but no need to panic'

Simsek said Friday that global economic problems were not severe enough to be described as "crisis", adding "we should be cautious but no need to panic." 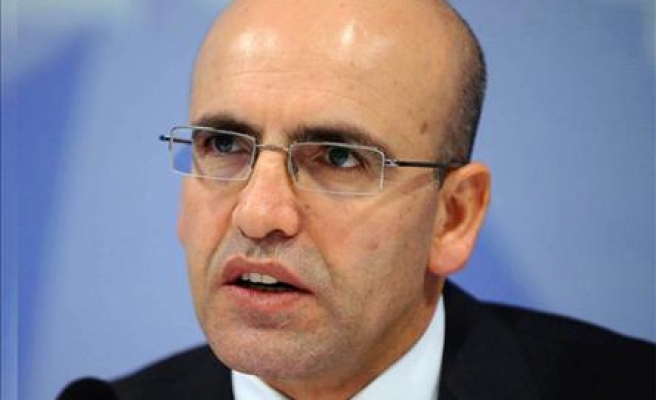 Turkish Finance Minister Mehmet Simsek said Friday that global economic problems were not severe enough to be described as "crisis", adding "we should be cautious but no need to panic."

Citing concerns over Eurozone public debt crisis and troubles in U.S. economy, which he described as "one of the three driving engines in global economy", Mehmet Simsek said global economy was slowing but not contracting.

"However, there are concerns over a possible contraction," Simsek told private NTV channel.

Public debt crisis will leave its mark on the next decade, Simsek predicted, saying, "we must admit it. But it is early to say that such a problem would be the beginning of a global crisis like in 2008. We should be cautious but no need to panic."

"If global economic problems grow, it would have limited impact on Turkey," he said.

"Turkey is dependent on outside energy resources. As a result of this, we face current account deficit problem. There is a fragility caused by this factor but we think it is a manageable problem. There is political stability and a strong government in Turkey. Current risks are managed well. We do not rule out risks or fragility. But they are managed well," Simsek said.

Asked about recent measures taken by Central Bank aimed to curb volatility in foreign currency rates, Simsek welcomed Central Bank's move, saying it should be considered as proactive efforts of policy makers to bring stability into money market and take a precautious stance against concerns over global growth.

Simsek also said that he thought global economic troubles were exaggerated, and said people should not reduce their spending.

"But of course it is important for the people and the country to live within their means," he added.