Turkish Firm Cengiz Construction is in charge of the construction of the highway. 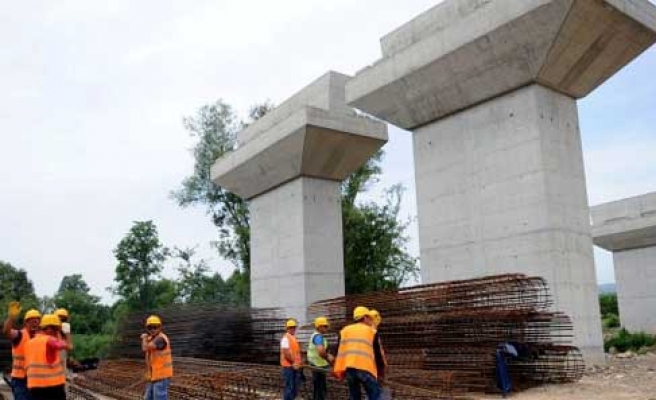 Building of the most difficult part of "Corridor 5C" Motorway which starts from Hungary, passes through Bosnia-Herzegovina and Croatia then reaches Adriatic Sea took start.

Construction site manager Ugur Demir informed AA about the parts of the motorway which are being built under their supervision and he said that as the part they are working on has too many tunnels, they have brought machinery suitable to use in the tunnels and its construction.

He stated that as they are a holding company, they build motorways all around the world and they are experienced in their field. Karagol stated that they would like to build more highways in Bosnia-Herzegovina and share their experience.

Construction of Corridor 5 took start in 1997 in Helsinki. The object is to connect the Bosnian network to the Corridor 5 that runs from Venice, Italy, through Trieste, Ljubljana in Slovenia, Budapest in Hungary and on to the Ukrainian capital of Kiev.