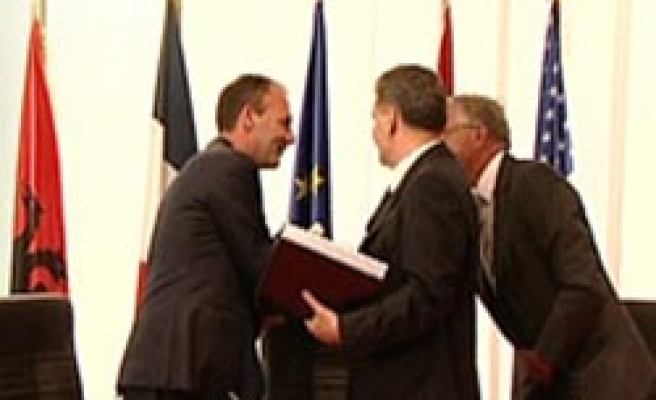 The Limak Kosovo International Airport JSC Consortium will build a new terminal over a 27 thousand m2 area, a new apron over a 77 thousand m2 area, a control tower, ground handling facilities, fuel storages and parking lots and connecting roads with an investment of 140 million Euro.

The consortium will pay somewhere between 18-50 percent of the total endorsement to the Kosovar State, which is expected to amount to 400 billion Euro in 20 years.

Limak group holds 90 percent of the consortium's shares while the remaining 10% is owned by Aeroports de Lyon.

Vice Chairman of Limak Group's Board of Executives said the Pristina International Airport would be Kosovo's gateway to the world, emphasizing the significance of the project as young Kosovar state's first major investment.

Sezai Bacaksiz said the airport would be an important hub for the European air traffic.

He said Limak Group would repeat its success in construction and operation of Istanbul's Sabiha Gokcen International Airport, in Pristina together with their partner Aeroports de Lyon.

The consortium aims to increase the annual number of passengers from 1.4 million up to 4 million.