Since its foundation, SunExpress has carried about 18 million passengers on more than 155,000 flights. 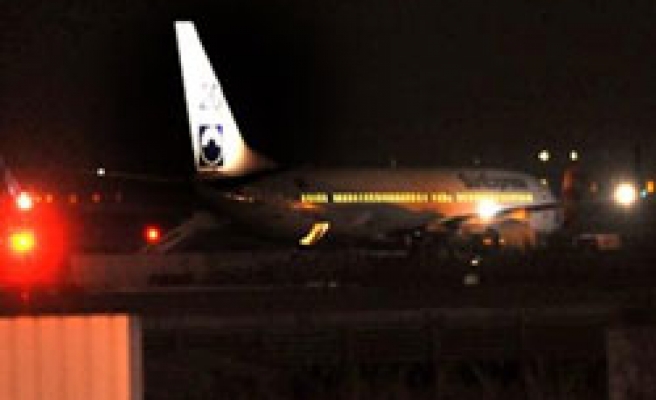 A Turkish and German airline subsidiary carried 3.6 million passengers in the first seven months of 2010, a statement by the company said on Monday.

SunExpress said that the airline company carried 736,000 passengers in July with a 29.6 percent increase over to July 2009.

The number of its passengers rose by 22.7 percent to 3.6 million between January and July 2010 when compared to the same period of 2009, it said.

The company's incomes reached 255 million euros in the first seven months of 2010, the statement added.

SunExpress was founded in October 1989 as a subsidiary company of Turkish Airlines and Lufthansa. Today, SunExpress is the market leader in charter flights between Germany and Turkey as well as one of the largest scheduled carriers between Europe and southern Turkey.

Since its foundation, SunExpress has carried about 18 million passengers on more than 155,000 flights.

In Antalya, SunExpress is the market leader with a 12-percent share of passenger volumes. In Izmir, the airline is the number one in international traffic with a share of 32 percent despite the fact that operations there began as recently as in 2005. The number of passengers increased to more than 4 million in 2008, an increase of 33 percent to the year before. The company achieved record results during the first 11 months of 2008: Revenues increased significantly to 380 million euros (+33 percent) and the number of block hours performed reached 71,608 (+32 percent).