Erdoğan will gather with his government's economy actors on Tuesday to discuss “not a specific issue but the overall state of the national economy,” the Anatolia news agency reported on Friday. 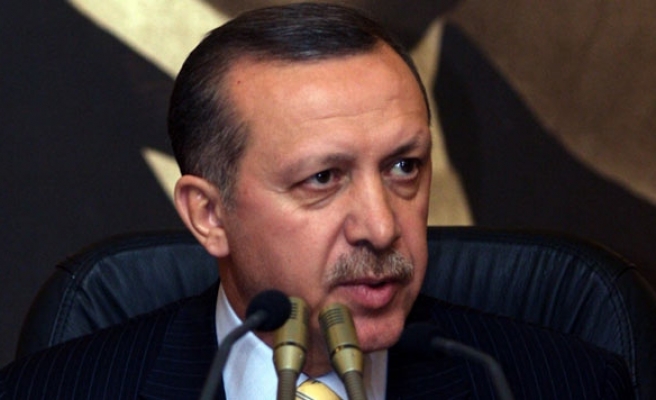 The government and the central bank have expressed their trust in the resilience of the Turkish economy against external shocks as world equities incurred substantial losses for a second day on Friday.

Whereas a number of leading figures from the Justice and Development Party (AK Party) government dismissed any major impact on the Turkish economy from a second wave of global financial turmoil as a possibility, Central Bank of Turkey Governor Erdem Başçı reassured observers that there will be "a swift reduction" in the country's current account gap.

World stocks sank for an eighth straight session on Friday, wiping $2.5 trillion off their value this week, as concern ballooned over the slowing global economy and the spread of debt anguish seen in a number of European countries such as Greece, Portugal and Ireland into larger eurozone members Italy and Spain. Gold jumped more than 1 percent and the metals market plunged on Friday as investors sought safe havens and fled riskier assets. Benefiting from the gloom, gold rose to a high of $1,669.60 an ounce (31.1 grams), readying to test higher levels after powering to an all-time peak of $1,681.67 on Thursday, its 10th record in 17 sessions. London copper, on the other hand, dropped more than 2 percent and Shanghai-traded aluminum and zinc hit their downside limit after Wall Street's worst sell-off since the 2008 global financial crisis sent investors scuttling for safety.

Global equities were down 1.5 percent on the day for a roughly 8.5 percent loss this week. Emerging market shares stumbled 3.2 percent. The İstanbul Stock Exchange (İMKB) also experienced sour trading on Friday, extending its over 3 percent losses a day earlier. The Turkish stock market's benchmark İMKB-100 index was 3.3 percent down at 57,366 points at the end of the first trading session. The country's currency continued to weaken against both the US dollar and the euro after the central bank cut its policy rate in, as some experts labeled it, "a competitive devaluation move." The dollar was 0.36 percent up at TL 1.7366 and the euro was being traded 0.19 percent higher at TL 2.4609 in the afternoon.

Ministers in charge of overseeing Turkey's economy have called for calm after the stock markets and the lira crunched on global concerns. "All countries around the world are in a better economic situation than they were during the global financial crisis of 2009. The crisis [of 2008-09] has taught us an important lesson and now every single economy around the world is prepared for it. No one should be worried," Economy Minister Zafer Çağlayan told a press conference. "But I advise individuals and companies to pay more attention to their expenses during these times," he added on Friday.

Çağlayan was critical of an approach linking the short-term fluctuations in the Turkish stock market and the value of the lira to Turkey's overall economic outlook. "The real economic parameters are the economic growth and employment. We saw the US dollar exceeding the TL 1.70 level seven times in the past 10 years. I expect fluctuations in the financial markets to ease next week," he said.

The Turkish economy contracted by 4.7 percent two years ago because of the global financial crisis but enjoyed a strong comeback short after it recovered from the global turmoil's first strike, exhibiting five consecutive quarters of expansion. Turkish domestic output grew by 8.9 percent in 2010 and posted another 11 percent growth, the largest worldwide, in the first quarter of this year.

Prime Minister Recep Tayyip Erdoğan earlier said the economic and financial woes troubling the West, particularly European countries and the US, are unlikely to affect the Turkish economy, underlining that the national economy is strong enough to deal with external challenges to come. Erdoğan, who had predicted at the time that the global crisis of 2008-2009 would only "touch and pass" the Turkish economy, said no one should be worried now. "The crisis in Europe will not even 'touch and pass' this time. We are stronger this time around," Erdoğan said on July 27.

Erdoğan's AK Party has been in power since late 2002, and it received a mandate from the people in this year's June 12 elections to remain in office for another four years. The past eight years of AK Party governments have seen decreases in Turkey's inflation, budget deficit and unemployment, along with strong economic growth performance. Turkey's current account deficit (CAD), on the other hand, spiked to 8 percent of its gross domestic product (GDP) -- $37.3 billion in the first five months of this year -- as the country failed to reduce the dependence of its industries on foreign intermediate goods, and because of rising oil and natural gas prices, its energy bill ballooned, paralleling its economic growth. This current account gap, as large as it may be, however, according to most observers, does not pose a serious risk for the country's balance of payments, since a big chunk of the deficit comes from the indebtedness of the private sector and there is no apparent sign of difficulty on the part of the private holders of that debt in meeting their obligations on time.

Taking on external criticism on Friday, Başçı said they expect a speedy improvement in the CAD. He also said that there is no technical or fundamental analysis that supports predictions the lira will depreciate more in the short term. Despite the fall in currency after the decrease in reserve requirements, currency sell-offs by the central bank and additional cuts in reserve requirements will be seen in the days to come, Başçı added in a written statement.

Forecasting a deterioration in the global economic outlook, Başçı's central bank on Thursday slashed its one-week repo rate, or policy rate, by 50 basis points to 5.75 percent to curb short-term money inflows to further strengthen the country's economic growth performance and help create more jobs for Europe's youngest population. "Concerns regarding sovereign debt problems in some European economies and the global growth outlook have continued to intensify," the bank said on Thursday. It also said it had implemented "a measured policy rate cut to reduce the risk of a domestic recession, which may be caused by the heightened problems in the global economy." The bank also increased the overnight borrowing rate from 1.5 percent to 5 percent to narrow what is called the interest rate corridor as the overnight lending rate remained unchanged at 9 percent. The move will help decrease the supply of the Turkish lira in the market and is aimed at "limiting the potential downside volatility in short-term interest rates," the bank said.

Joining Çağlayan and Başçı in what may be termed as a show of self confidence were Finance Minister Mehmet Şimşek and Industry and Technology Minister Nihat Ergün.

Ergün supported the central bank's measures to cut the policy interest rate and to narrow the interest rate corridor. "I am pretty sure that we will see the positive effects of these measures shortly," Ergün said before a meeting with Turkish Confederation of Businessmen and Industrialists (TUSKON) representatives in Ankara Friday. "The sustainability of the Turkish economy will be maintained with the central bank's measures. I don't think an additional precaution package will be needed," he said.

In his remarks to NTV television on the same day, Finance Minister Şimşek acknowledged that there are problems for the global economy but that there is no indication of a need to talk about a crisis. "Turkey is also exposed to risk in the world, but is controlling it successfully. There is no need to panic," he noted.

Erdoğan will gather with his government's economy actors on Tuesday to discuss "not a specific issue but the overall state of the national economy," the Anatolia news agency reported on Friday.