Turkish Minister meets executives of top US firms in Houston 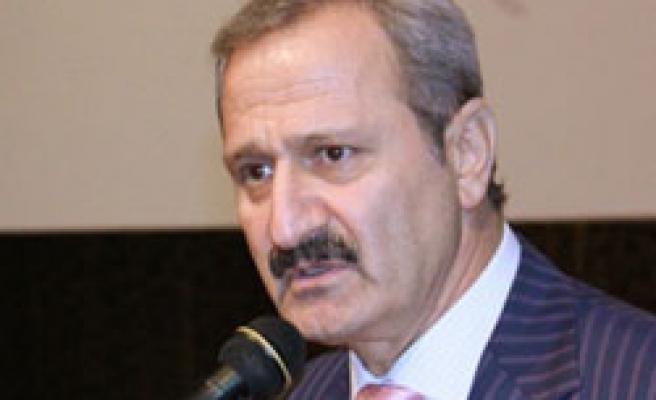 Speaking to reporters on board a plane en route from Houston to Atlanta, State Minister for foreign trade Zafer Caglayan said that he met with executives of U.S. companies whose turnovers amount to 1.2 trillion U.S. dollars in Houston.

After the dinner he had talks with executives of four leading companies; AECOM, Westlake Chemical, General Electric Oil and Gas and Shaw Energy and Chemicals Group, he said. Caglayan said he informed them about investment opportunities in Turkey. Caglayan said those companies showed a great interest in opportunities in Turkey and they would probably visit the country.

"Turkey's incentives for research-development not known well in the world. It should be promoted in the world," he said.

Caglayan delivered a speech at Turquoise Home and said Turkish businessmen in the United States were like permanent representatives of Turkey.

Mehmet Okumus, chairperson of Texas Turkish American Chamber of Commerce, said that the chamber which was established in 2000 aimed to boost ties between Turkey and the United in the areas of education and culture.

"We have 14 branches in seven states. 6,000 students have taken Turkish lessons thanks to our efforts. We will also launch an online master's degree program on Turkish at Houston University in September 2011," Okumus said.

Later Caglayan visited construction site of a synagogue built by a Turkish company.

During the meeting, Caglayan phoned Turkish Airlines (THY) Director General Temel Kotil and told him that THY should start direct flights from Istanbul to Houston.