Turkish minister meets members of US chamber of commerce

"We need to question how well we know each other, I came to the United States to make things right," Caglayan said. 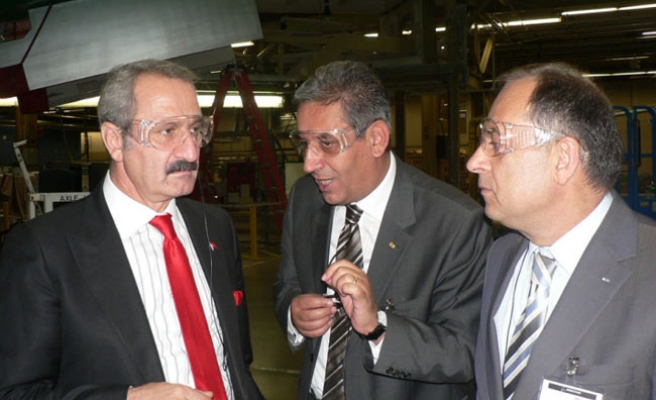 Turkish Economy Minister Zafer Caglayan on Thursday met with members of the Seattle Chamber of Commerce over breakfast as part of his contacts in the United States.

Speaking after the meeting, Caglayan said the friendship between the two countries had failed to translate into an effective trade relation, adding his visit to the United States aimed at devising news ways to make up for the shortcoming in bilateral relations.

"We need to question how well we know each other. I came to the United States to make things right," Caglayan said.

The Turkish minister said he was set to return to Turkey aboard a new Boeing airliner manufactured for Turkey's flag carrier air company, the Turkish Airlines (THY).

"Although unofficial, this is the maiden flight for the THY's new Boeing from Seattle to Istanbul. When I get home I will formally place a recommendation for the launch of direct flights between the two cities," Caglayan said.

Caglayan also visited the Boeing's plant in Everet, touring the facility in a golf cart including the workshops where Boeing manufactures its new 787 Dreamliner.

The Turkish minister is set to depart today aboard THY's new Boeing 777-300 ER, the 177th airliner on the THY fleet.

Boeing officials have said the new plane cost the THY 250 million U.S. dollars.