Turkish State Minister Zafer Caglayan made the opening of a shopping mall and paid visits to enterprizes in Baku. 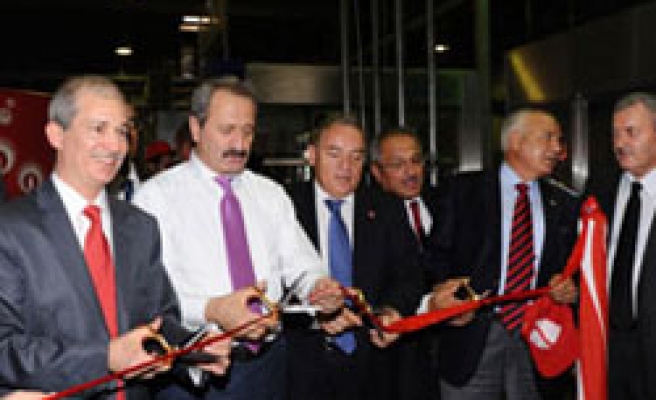 Turkish State Minister Zafer Caglayan made the opening of a shopping mall and paid visits to enterprizes in Baku.

Caglayan, who made the opening of the "Turkish World Riyadh" shopping mall in Baku, later visited production facilities of Baku-Coca Cola, one of the largest investments in Azerbaijan.

During his two-day visit to Azerbaijan, Caglayan met with the country's President Ilham Aliyev, Prime Minister Artur Rasizade, as well as ministers of transport, finance, communications & information and economic development.

As part of his visit, Caglayan also attended the Turkish-Azerbaijani Business Forum and held talks with Turkish and Azerbaijani businessmen.

Caglayan said on Thursday that there was no difference of opinion between Turkey and Azerbaijan.

Caglayan held a press conference and assessed his talks in Azerbaijan.

Noting that a delegation of 130 officials accompanied him during his visit, Caglayan said that he held more than 500 bilateral talks within the scope of Azerbaijan-Turkey Business Forum.

He noted that ten companies made business connections worth of 10 million USD during his stay in Azerbaijan.

Caglayan said that a joint working group was established to increase trade and to discuss the problems of companies of the two countries. He added that the first meeting of the group would take place in Istanbul in the end of 2010.