We will prepare a legal package regarding the investment milieu, and we will revise incentive system, said Babacan. 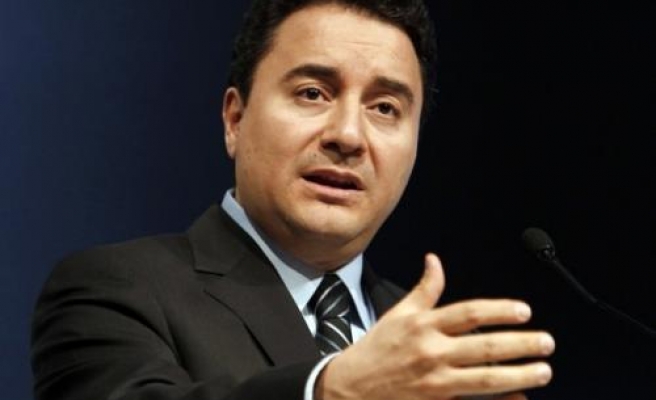 Turkish Deputy Prime Minister Ali Babacan has said that they were expecting the current accounts deficit to be over 70 billion USD by the end of 2011.

However, current accounts deficit trend is predicted to be on a more reasonable trend in October-November, added Babacan who spoke to private CNBC-e television channel on Thursday.

We will prepare a legal package regarding the investment milieu, and we will revise incentive system, said Babacan.

Figures of balance of payments meet the expectations of the government and the markets, said Babacan adding that current account deficit would continue to be high for a while.

Noting that there were economic problems which could not be solved in the United States and Europe, Babacan said that global conjuncture was also effective in Turkey's current account deficit.

Babacan said that he did not think the ratio of current accounts deficit to national income would reach 10 percent.

Babacan said that they considered to complete mid-term economic program by the end of September or the beginning of October, adding that the program also covered budget implementations for the rest of 2011 and the budget of 2012.

He noted that they would also prepare a package to rapidly recover the investment milieu, and the package would be discussed in the Parliament.

Upon a question, Babacan said that the activities of International Monetary Fund (IMF) in Turkey were not as elaborate as it was in the past, adding that IMF prepared a report before G-20 meeting without consulting Turkey. He stressed that World Bank did not agree with that report too.

Babacan said that an IMF delegation would visit Turkey in September, and assessments would be made with the delegation as of the first week of that month.