Turkey's economy minister said that the Turkish PM had warned the country's economy administration not to make any concessions on fiscal order prior to polls. 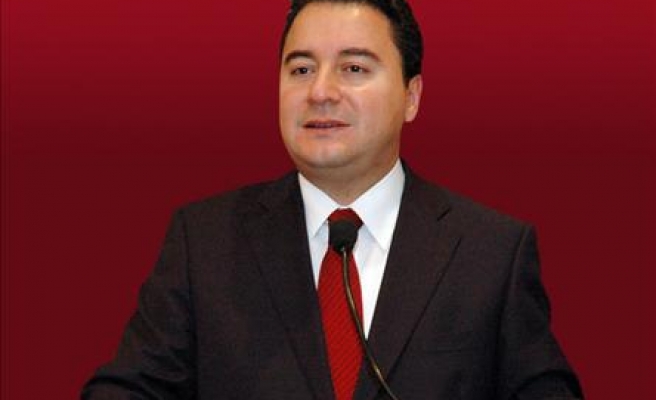 Turkey's economy minister said on Wednesday that the Turkish prime minister had warned the country's economy administration not to make any concessions on fiscal order prior to elections.

Turkish State Minister & Deputy Premier Ali Babacan replied to questions after appearing at a joint press conference with Secretary-General Angel Gurria of the Organization for Economic Co-operation and Development (OECD) upon announcement of OECD's Turkey report for 2010.

Responding to a question on fiscal order, Babacan said Turkish Prime Minister Recep Tayyip Erdogan had recently given clear instructions to economy officials on the steps to be taken regarding fiscal order.

"Our prime minister told us that he did not want any concessions on fiscal order and he did not desire any implementations that will create an election atmosphere in economy," Babacan said.

"The prime minister told us to carry on with our actions in a strict way," the minister added.

Commenting on growth rate expectations for 2010, Babacan said official estimations had not been made public yet, however, it looked like the growth rate would be much higher than 3.5 percent.

Noting that relevant institutions would revise their estimations accordingly, Babacan said information regarding the medium-term program, medium-term financial plan and budget would be announced around October 17 the latest.