The leaders of Turkmenistan and Afghanistan will revive talks on construction of a major gas pipeline, a Turkmen government source said. 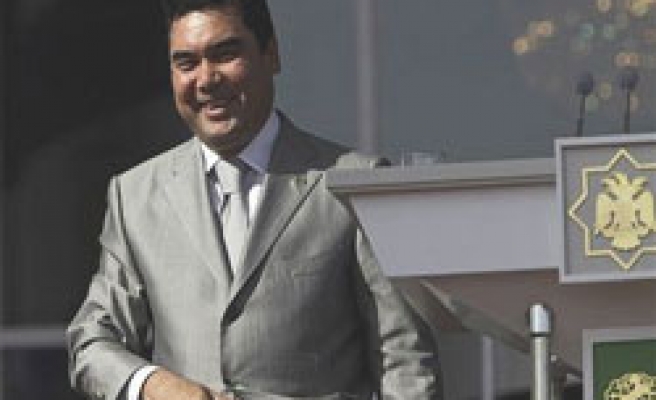 The leaders of Turkmenistan and Afghanistan will revive talks on construction of a major gas pipeline when they meet at next month's United Nations General Assembly session, a Turkmen government source said on Tuesday.

Turkmenistan, holder of the world's fourth-largest natural gas reserves, is keen to revive plans to build the TAPI pipeline through Afghanistan to the markets of Pakistan and India. The project has been stalled by war in Afghanistan.

The former Soviet state is looking to diversify energy sales from its traditional market, Russia, and is courting investors from the West, China and other Asian countries.

Turkmen President Kurbanguly Berdymukhamedov is pushing his government to conclude gas supply agreements with Pakistan and India, which have expressed interest in buying up to 70 billion cubic metres annually, by the end of this year.

The government source, speaking on condition of anonymity, told Reuters that Berdymukhamedov and Afghan President Hamid Karzai would hold "detailed discussions" about the project during the U.N. General Assembly session in mid-September.

State television reported that the two countries signed a framework agreement in Kabul on Monday to examine the pipeline project, which is named after the four countries through which it would pass.

Turkmenistan has previously estimated the cost of the project at $3.3 billion. Natural gas to fill the pipeline could be drawn from the massive South Iolotan deposit, currently under development, and the existing Dovletabad field.

The planned pipeline would have initial capacity for 33 billion cubic metres a year and would run for nearly 2,000 km (1,250 miles), including 735 km across Afghanistan and another 800 km through Pakistan.