Turkmenistan Airlines expressed willingness to fly to the Turkish capital of Ankara and Mediterranean city of Antalya. 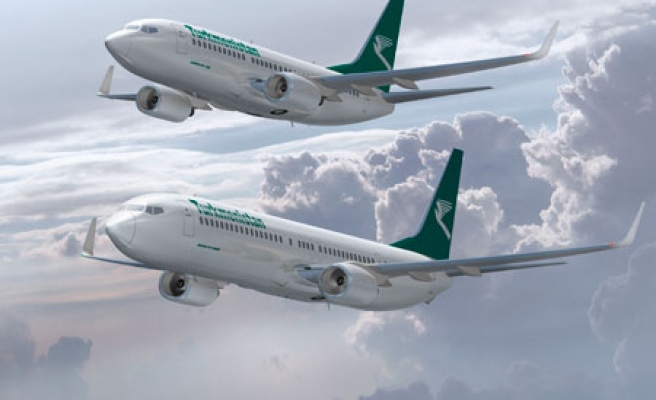 Turkmenistan Airlines expressed on Sunday willingness to fly to the Turkish capital of Ankara and Mediterranean city of Antalya.

Turkey's State Minister for foreign trade Zafer Caglayan arrived in the Turkmen capital of Ashkhabad on a two-day formal visit.

Caglayan had a brief meeting with Palvan Taganov, the head of the Turkmen Chamber of Commerce and Industry, at the airport.

During the meeting, Caglayan underlined importance of establishment of Turkmen-Turkish Business Council, and said two countries would boost cooperation and solve problems thanks to that council.

Taganov, in his part, said Turkmenistan Airlines was eager to launch flights to Ankara and Antalya as soon as possible.

When informed about this willingness, Caglayan had a phone talk with Turkish Airlines (THY) Director General Temel Kotil and asked him to launch negotiations soon.
Accompanied by a large delegation of businessmen, Caglayan will attend inauguration of Second Turkish Export Products Fair on Monday.

After meeting Turkish businessmen investing in Turkmenistan, Caglayan will depart from Ashkhabad.