TANAP will start construction work on pipelines across the Caspian to Azerbaijan in early 2015. It is hoped that Turkmen gas will reach Turkey by 2018 and then Europe in 2019. 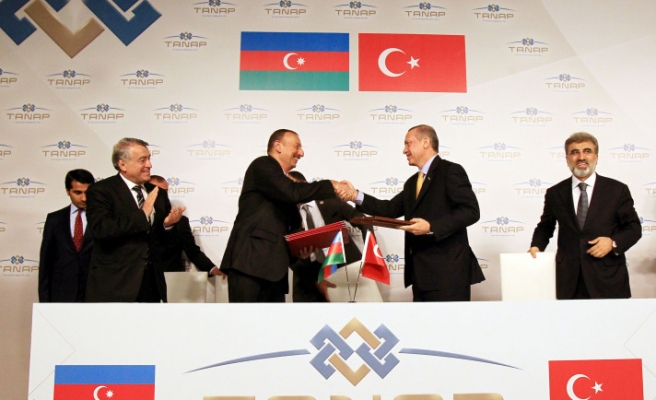 Turkmenistan has expressed its interest in exporting natural gas to Europe, and Turkey's state owned TANAP may prove to be the solution for this.

Speaking at the Petrol-Gas Summit in Istanbul, the head of the Turkish Energy Ministry's Transit Petrol Pipelines Office, Reha Muratoglu, said that he believes the pumping of Turkmen gas to Europe via TANAP pipelines across the Caspian Sea has now become likely.

Last year Turkey's Energu and Natural Resources Minister Taner Yildiz visited Turkmenistan, where he submitted a request for for an annual supply of 5-6 cubic meters of natural gas to TANAP.

TANAP will start construction work on pipelines across the Caspian to Azerbaijan in early 2015. It is hoped that Turkmen gas will reach Turkey by 2018 and then Europe in 2019.

However, Sohbet Karbuz of the Mediterranean Energy Observatory told Al Jazeera Turk that Turkmenistan is already pumping 65 million cubic meters of gas to China, adding that the US is also pushing for a pipeline between India, Pakistan, Afghanistan and Turkmenistan. This, he said, would make it difficult for Turkmenistan to pump gas to TANAP.

He also added that Turkmen gas is much cheaper than Azerbaijani gas, and for that reason Azerbaijan may not approve the pipelines as Azerbaijan would naturally prefer to sell its own gas.

At the same time, he added, Azerbaijan is expecting a drop in its natural gas productivity in the 2030s. Perhap then, he said, Azerbaijan may agree to host TANAP pipelines.