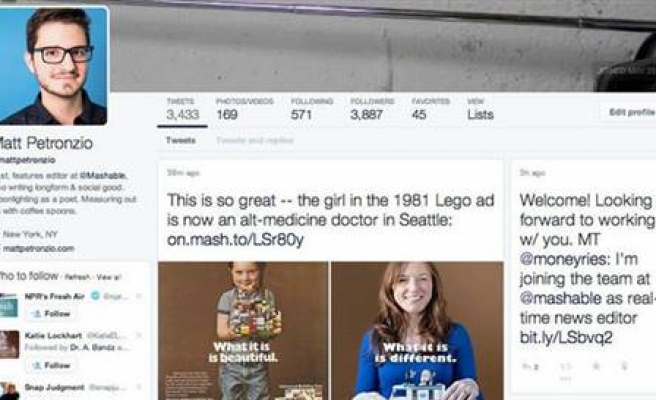 An editor at Mashable first reported a major update to his Twitter profile page Tuesday, which appears to emphasize photo sharing and makes the website look more like other social media platforms.

However, in a blog post from last September, the company wrote that it is “constantly” testing changes to its website on select groups of users.

“We are constantly evolving the product,” Twitter’s VP for engineering said.