Two Nabucco supply lines to be built at Turkey's borders

Two supply lines will be constructed at Turkey's borders with Georgia and Iraq as part of the Nabucco Natural Gas Pipeline project. 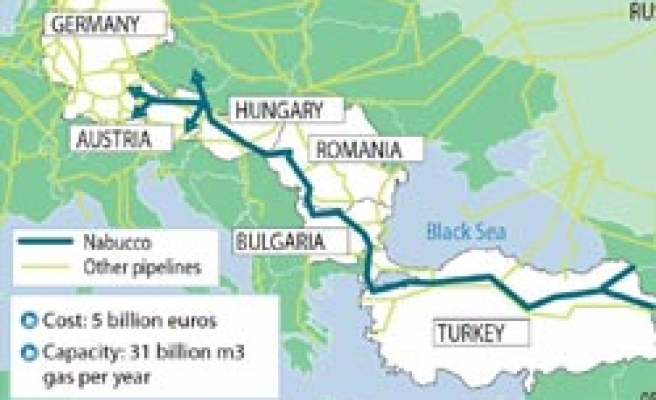 Two supply lines will be constructed at Turkey's borders with Georgia and Iraq as part of the Nabucco Natural Gas Pipeline project.

During their latest meeting in the Turkish capital of Ankara, shareholders of Nabucco project approved the construction of two supply lines extending to Georgia and Iraq, officials said in a written statement on Monday.

The route planned for the new supply lines will provide alternative supply resources for the Nabucco pipeline which will receive gas from Azerbaijan, Turkmenistan and Iraq, the statement said.

Shareholders approved the start of the engineering work for the two supply lines, officials said, adding construction of a third supply line at the Turkish-Iranian border was not considered at the moment due to the current conjuncture in the region.

The Nabucco pipeline is a joint project undertaken by Austria, Turkey, Bulgaria, Romania and Hungary, which will carry the Caspian natural gas to Austria through territories of participating countries. The project aims to reduce Europe's energy dependence on Russia.